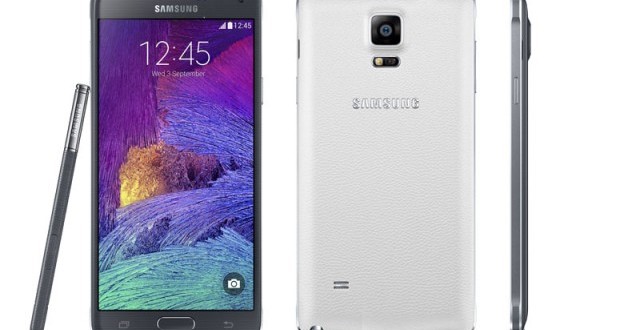 The Samsung Galaxy Note 4 made its debut yesterday in its homeland of South Korean. Shortly after the first users were able to get their hands on the device we heard that some of them came across a very unusual problem. It would appear that a few of the phablets had a relatively wide gap between the display and the metal frame; wide enough to fit a business card or a couple of sheets of paper. A lot of people where skeptic about these reports and have even called the whole thing a hoax. Well, Samsung recently came out and issued a statement regarding the matter. The company confirmed the fact that some Samsung Galaxy Note 4 devices have this gap, but Samsung says that this issue does not affect the phablet’s functionality.

“The reported issue does not impact the functionality or quality of the Galaxy Note 4,” a Samsung representative told Trusted Reviews. “We assure our customers that all Galaxy Note 4 units meet our strict manufacturing and quality control standards.” So basically, the company acknowledges the issue, but apparently the device will still work as intended regardless. Be that as it may, an issue is an issue and the affected customers are likely to remain upset because of it despite Samsung’s statement. The company didn’t say anything about replacing the faulty Samsung Galaxy Note 4 devices so we assume that it doesn’t plan to do it. Nor did Samsung say if the problem was fixed so that potential customers can rest assured and buy the device without fearing that they might come across this issue.

The Samsung Galaxy Note 4 launched earlier than anticipated in South Korea in order to catch up with Apple’s iPhone 6. Pre-orders are already available at Verizon, AT&T, Sprint and T-Mobile. The device will launch in the US on October 14th. Stay tuned for more news and updates.

I’m Load The Game’s co-founder and community manager, and whenever I’m not answering questions on social media platforms, I spend my time digging up the latest news and rumors and writing them up. That’s not to say I’m all work and no fun, not at all. If my spare time allows it, I like to engage in some good old fashioned online carnage. If it’s an MMO with swords and lots of PvP, I’m most likely in it. Oh, and if you’re looking to pick a fight in Tekken or Mortal Kombat, I’ll be more than happy to assist! Connect with me by email markjudge (@) loadthegame.com only
@@MarkJudgeLTG
Previous Forza Horizon 2 is now available
Next Meet Nixie, the selfie drone