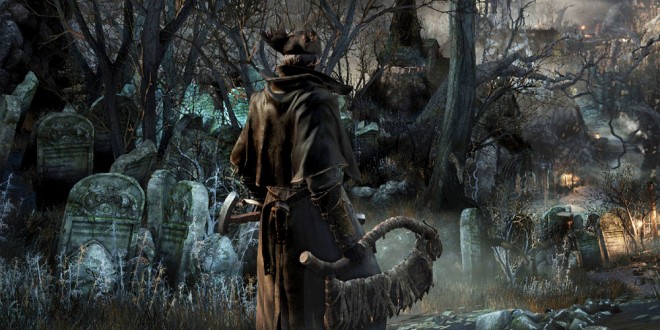 A few days ago we got some exclusive information on the upcoming exclusive PS4 title, Bloodborne. Now, an extensive list of online co-op features has been released via dualshockers.com, along with details on in game options and a full controls list. The aforementioned information has been snatched from the game’s Alpha manual. Intriguing new features are revealed, that present a complex gameplay with staggering amount of options at the player’s disposal. Communication in the co-op mode is very diverse, the player will be able to combine words and sentences in a memoir for other players to read. Players will be able to keep a detailed log of their memoirs and rate them. Other players may appear as ghosts, replays of other players’ deaths will be available when approaching their tombs, and many more.

Check out the long list of co-op features translated from the Japanese manual of Bloodborne:

And a full list of gameplay controls (replace circle and X for the western version).

As seen in these lists, players will be blessed with an abundant set of features, from versatile and flashy combat options to unique gesture and written communication between players, and developers announced that this is just a taste of what’s to come. The full version of Bloodborne will encompass a tone of new additional features. As you might know by now, the game will land on February 6, 2015 in North America and Europe, one day after it will be released in Japan. We’ll see what new goodies developers prepare for us until then.

I'm Razvan, a sports and first-person shooter enthusiast. I've always loved writing, even more so when it involves games. When I'm not playing on my PS3 or writing, I like to run exhausting cardio workouts, play soccer, watch a good movie, or read a good book.
Previous Forza Horizon 2 bug causes game-freeze on Xbox One
Next NoScope Hydra and Orion Gaming Glasses Reviewed – A thorn in Gunnar’s side?