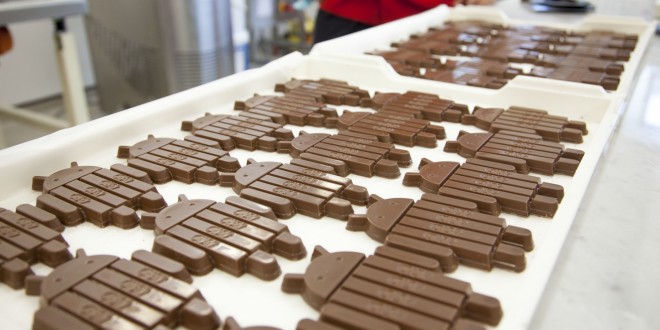 Many of us are already used to Android 4.4 KitKat, but many smartphone users out there haven’t received the update yet, even though Android 4.4 doesn’t require much from a smartphone. The delays are usually caused by carriers and the time they need to roll out the update Google gives them. The Asus ZenFone is one of the delayed devices to receive the Android 4.4 update today.

Android 4.4 KitKat is a critically acclaimed version of Android because it requires even less than its predecessor, Android 4.3 Jelly Bean. Android 4.4 lets your smartphone run faster, allows for more customization, brings more features and uses less power. Android 4.4 KitKat is the basis for many ROMs as well, such as Samsung’s TouchWiz, CyanogenMod and Paranoid Android. Asus Zenfone owners will now enjoy the full Android experience with the Android 4.4 update rolling out. The Asus ZenFone 4 and ZenFone 5 will benefit from the full firmware update, for now.

The Asus ZenFone 6 will only receive a minor update which brings some bug fixes and improves system stability, but Android 4.4 will be coming soon. The new Android 4.4 update for Asus ZenFone brings improvements to Miracast compatibility, a Do Not Disturb mode, a Call Guard for Chinese and Taiwanese models, full dual SIM standby, filter effects for videos and Reply via Call-in SIM card function. The latter is a function that will automatically choose the right SIM card to make the call with.

Asus has warned ZenFone users to pay attention when downloading the Android 4.4 update and check their model number before installing, because getting the update wrong will probably cause a system failure. Just as with ROMs, before updating your phone to Android 4.4, you should back up your data in case anything goes wrong with the installation, although Android 4.4 usually runs without problems.

The Asus ZenFone line has been long awaiting the Android 4.4 KitKat, running on Jelly Bean so far. After installing the new firmware update, you’ll certainly notice the major changes Google has made to its latest mobile OS, compared to Android Jelly Bean. You’ll probably also notice that your ZenFone has sped up and consumes less energy, which will be a nice experience, I’m sure. Asus ZenFone owners, sound off in the comments and tell us how you like Android 4.4 KitKat.

My life-long dream has been to test out every gadget on the market! Considering the fact that I've rapidly destroyed almost every gadget I've had so far, I'm not inclined to owning something, so my ideal outcome would be to have a different gadget each month. I'm really into smartphones, wearables and tablets and I love Playstation and Xbox, I'm sure I'll beat you at your own game (after a month of training... or two)
Previous New NBA 2K15 trailer reveals MyPARK multiplayer features
Next LG F60 price, specs and release date announced