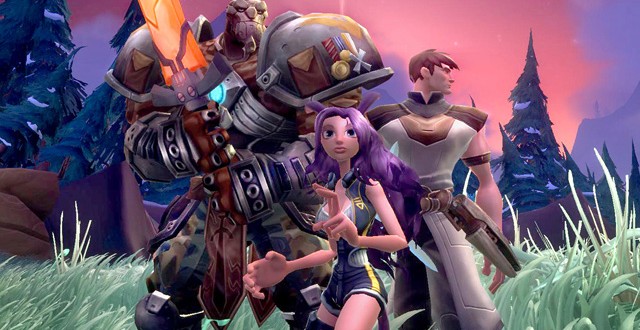 Wildstar will not have Halloween and Christmas special events this year

Not everyone feels the whole holiday spirit thing, and for some people Halloween and Christmas are just like any other day of the year. In case you are one of these people, you can take comfort in knowing that you can jump into a number of great MMOs and get lost in there until the holiday spirit passes. More often than not, you’ll also have the possibility of participating in holiday themed events, which are sometimes more enjoyable than the real thing. Unfortunately Wildstar is one MMO that will not have Halloween or Christmas events this year according to developer Carbine. The company is currently working on several updates for Wildstar, which apparently take priority over the said events.

“Now, holidays are great, but they’re not as important as making sure the live game is working well,” said Carbine on the Wildstar forums. “We took the time we needed to fix things players were already experiencing — all of the departments — and that meant that the schedule changed to account for it. But Halloween and Christmas weren’t interested in our bug fixes and didn’t change their schedules for us. “When it came to Drop 3, Shade’s Eve was more or less done, but it still needed a lot of proper, rigorous testing. With limited-time events, it’s even more imperative that your content work and work well, because if there’s a show-stopping bug that happens, every hour you spend fixing it is an hour players miss of that content for the year. QA time was vital, therefore — particularly with some new bits of tech we received. But QA had Drop 3 on their plate, and Drop 3 — full of many bug fixes and content that would be around all year — was rightly deemed more important for QA to focus on. Would we have liked to get Shade’s Eve in? Of course! But with finite resources, we picked giving Drop 3 the most thorough testing it could get, and it was the right call.”

As you may have already guessed, Shade’s Eve was supposed to be the Halloween themed event while the Christmas themed one would have been called Winterfest. Carbine was apparently working on both events before realizing that content drops and bugfixing was more important. Can’t really argue with that, although it’s a shame to see that Wildstar will miss out on what was meant to be the first editions of these events. Stay tuned for more news and updates.

I’m Load The Game’s co-founder and community manager, and whenever I’m not answering questions on social media platforms, I spend my time digging up the latest news and rumors and writing them up. That’s not to say I’m all work and no fun, not at all. If my spare time allows it, I like to engage in some good old fashioned online carnage. If it’s an MMO with swords and lots of PvP, I’m most likely in it. Oh, and if you’re looking to pick a fight in Tekken or Mortal Kombat, I’ll be more than happy to assist! Connect with me by email markjudge (@) loadthegame.com only
@@MarkJudgeLTG
Previous Samsung planning to build a new chip plant
Next Player reveals Bloodborne alpha glitch that unlocks extra content