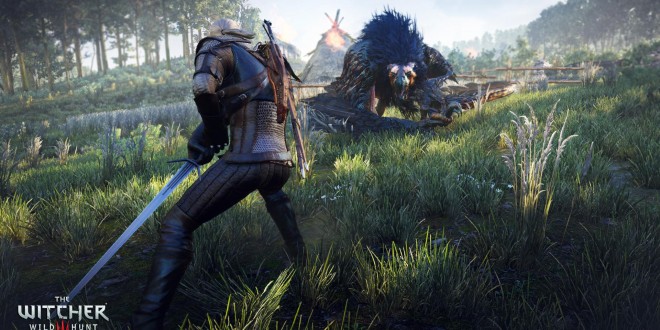 The Witcher 3: Wild Hunt will not suffer a visual downgrade

Last week, Polish developer CD Projekt Red released a handfull of Witcher 3 screenshots that we’ve made available in this post. However these pretty pictures were the cause of some concern among fans: in thread on the popular gaming forum NeoGAF, fans expressed their doubts about the images and that their quality was “not as good as we’ve come to expect”. Things escalated when someone claiming to be an “insider” claimed that the studio’s PR team is “creating an overblown vision of a game that doesn’t exist”.

The insider was “vetted and cleared” by a NeoGAF admin, and the image of Geralt surrounded by wolves does not look as good as expected. However, an official stance soon followed: “Please keep in mind that the game is still in production phase. Certain things are still being worked on. The final version of the game will look better than what can be seen in the latest screenshots – no matter the platform. As you probably know, when publishing screenshots, some of them can be subjectively less appealing than others (depending on one’s opinion), that’s perfectly normal. The most important thing here is that the game will come out looking gorgeous when we are done working on it. There will be no downgrade.”

The statement came from community manager Marcin Momot and is as blunt as you can get. However, in light of recent events with another major developer and publisher downgrading a video game, we can only hope that Momot’s statement is as matter-of-fact as he made it out to be, because most of the things we’ve seen from The Witcher 3: Wild Hunt are looking very good indeed.

I’m Load The Game’s co-founder and community manager, and whenever I’m not answering questions on social media platforms, I spend my time digging up the latest news and rumors and writing them up. That’s not to say I’m all work and no fun, not at all. If my spare time allows it, I like to engage in some good old fashioned online carnage. If it’s an MMO with swords and lots of PvP, I’m most likely in it. Oh, and if you’re looking to pick a fight in Tekken or Mortal Kombat, I’ll be more than happy to assist! Connect with me by email markjudge (@) loadthegame.com only
@@MarkJudgeLTG
Previous The Nvidia GeForce GTX 980M and 970M promise to provide longer mobile gaming battery life
Next Apple sends out invites for its October 16th event, iPad Air 2 and iPad Mini 3 launch imminent