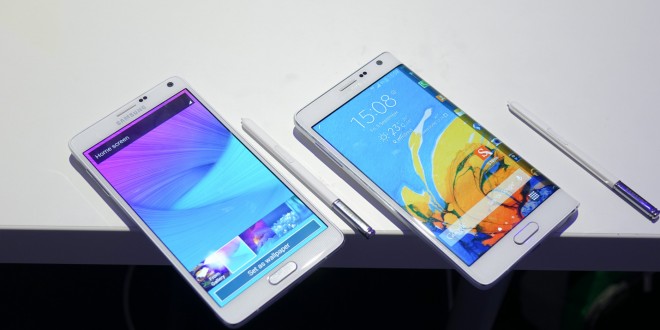 The Galaxy Note 4 from Samsung was first introduced to the public in September, at the IFA trade show in Berlin and the flagship managed to gain the attention of many Android and phablet enthusiasts all around the world. The Galaxy Note 4 was recently put up for pre-order in certain countries, hinting at the fact that Samsung is aiming for a gradual release, so that they can slowly saturate the market with Galaxy Note 4 devices. The Galaxy Edge was also introduced and is up for pre-order in the UK, but the Note Edge is a limited edition device with only 1 million units being manufactured.

Even though the Galaxy Note 4 has not yet been released worldwide, Samsung has already decided to roll out update XXU1ANJ4 for the Galaxy Note 4. The new firmware update for the phablet is rolling out today and will bring improvements to stability and performance, as well as battery life. Recent news has stated that the Galaxy Note 4 is among the best devices with qHD screens and has an impressive battery life which will last for a day and a half with mixed use. The Galaxy Note 4 battery is also capable of recharging in just 95 minutes and the update will supposedly improve these initial readings.

So far, the Galaxy Note 4 is considered the best phablet of 2014 and the best qHD display on the market, but it never hurts to see that even the star of the show needs and gets support from the manufacturers. If you’ve already installed the update on your Galaxy Note 4, could you tell us some of your first impressions and maybe come back with some notes on its impact on battery life? We are looking forward to getting our hands on the Galaxy Note 4 and seeing how this firmware update influences the performance of the phablet.

My life-long dream has been to test out every gadget on the market! Considering the fact that I've rapidly destroyed almost every gadget I've had so far, I'm not inclined to owning something, so my ideal outcome would be to have a different gadget each month. I'm really into smartphones, wearables and tablets and I love Playstation and Xbox, I'm sure I'll beat you at your own game (after a month of training... or two)
Previous Carl Zeiss VR One headset up for pre-order
Next League of Legends World Championships 2014 – The road so far