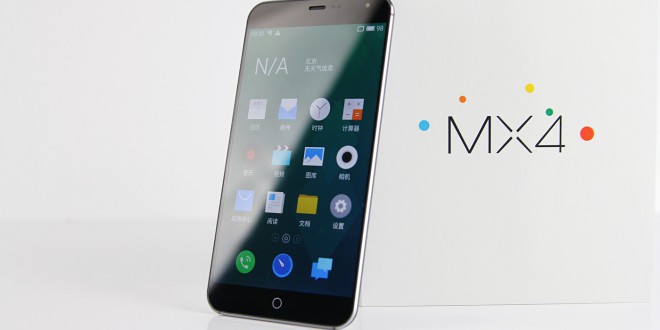 The Meizu MX4 was one of the more impressive devices coming from the Chinese market which can actually compete with flagships like the Samsung Galaxy S5, Galaxy Note 4, HTC One M8 and even iPhone 6 and iPhone 6 Plus. We had heard rumors about the Meizu MX4 getting a re-vamped Pro edition, but we weren’t certain if it was just going to be a Meizu MX4 variant or a different device altogether. It turns out that the Meizu MX4 Pro is somewhere in between.

The most compelling part of the Meizu MX4 Pro is that it will run on Ubuntu Touch with another variation running on Aliyun OS or YunOS 3.0, whis is a Linux-based platform incorporating Android runtime, made by Alibaba. Alibaba and Meizu plan to launch the Meizu MX4 Pro on October 20 at a special event organized just for this purpose. Rumors say that the new Meizu MX4 Pro will cost just under $300, which is a wonderful price to see on such a powerhouse.

We are not entirely sure which OS the Meizu MX4 Pro will sport at the launch event, but there exists the possibility that customers will be able to choose their OS. If you plan on getting this cheap flagship, you might be able to choose between CyanogenMod or FlymeOS on Android, Ubuntu Touch and Yun OS as well as choose a chipset, either a Snapdragon, Mediatek, Exynos or Tegra CPU. If Meizu is planning on letting customers choose these most important features on their Meizu MX4 Pro flagships, that would be an excellent marketing opportunity and will surely make for great sales numbers.

My life-long dream has been to test out every gadget on the market! Considering the fact that I've rapidly destroyed almost every gadget I've had so far, I'm not inclined to owning something, so my ideal outcome would be to have a different gadget each month. I'm really into smartphones, wearables and tablets and I love Playstation and Xbox, I'm sure I'll beat you at your own game (after a month of training... or two)
Previous Surface Pro 3 users can now get the Surface Hub app
Next Driveclub server issues still not mended after 1.03 update