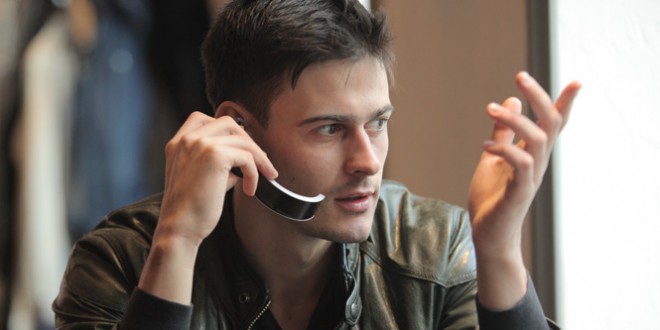 The .klatz smart bracelet doubles as a handset

Smart bracelet can be used as a handset

The wearable market is increasingly improving and widening, with new smartwatch, smart bracelet, smart ring, smart glasses, smart brooch and smart necklace releases showing up day by day. Crowd funding sites are also getting swarmed with new wearable device ideas and people are getting more and more interesting in this market each day. While we’ve already seen a smart bracelet from Intel, called MICA, earlier this year, it just acted as a bracelet, while the newest smart bracelet idea coming from .klatz has more functions than that.

Besides being the generic smart bracelet, the .klatz wearable can also be used as a handset so that you don’t look ridiculous while talking to your wrist on the streets. Although wearables are becoming widespread and I wouldn’t be surprised seeing people talking to their wrists in cafes or on the streets, .klatz thinks that there should be an alternative to the awkward conversation. The .klatz gadget can flip open, much like a flip phone and be used as an individual handset so that you can comfortably take calls without having to whip out your smartphone.

My life-long dream has been to test out every gadget on the market! Considering the fact that I've rapidly destroyed almost every gadget I've had so far, I'm not inclined to owning something, so my ideal outcome would be to have a different gadget each month. I'm really into smartphones, wearables and tablets and I love Playstation and Xbox, I'm sure I'll beat you at your own game (after a month of training... or two)
Previous Nexus 6 will be 50$ at AT&T
Next Amazon and Google are now fighting for customers both online and offline