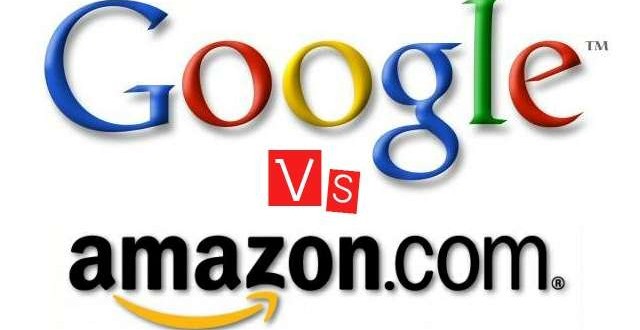 Amazon recently launched some new retail locations in San Francisco, Sacramento and New York. Each one of these locations will reportedly be for a different use so to speak. The West Coast locations seems to serve as a showroom where you can go in and see Amazon devices. Meanwhile, the New York location is more for going and picking up things that you’ve already ordered. At the same time, we recently heard Google talking about Amazon being its biggest rival according to Eric Schmidt. Now Google is shaking its so-called Express offer, which is basically the counter to Amazon Prime.  The search giant is really expanding that, simplifying the brand and trying to make sure that they can make deliveries in more and more regions really rapidly.

So it’s a point-counterpoint move in terms of who can get close to the customers, both online and face-to-face. It’s a fascinating trend because Amazon and Google both exist as a big alternative to the world of physical stores. Amazon has always been a good alternative to brick and mortar retailers and they’ve been accused of driving many of them out of business because of their convenience and great delivery service. And yet, there’s no substitute for reaching out and touching someone it seems. What’s even more perplexing is Google’s desire to deliver items, which doesn’t really seems like a Google business at all.

One advantage that the search giant has is that they can apply their powerful algorithms to optimize delivery. On the other hand, Amazon has been working on various ways to achieve same day delivery. One way of doing it is by having the products they think you’ll order already in the truck so that when you do order them, they will already be on route delivering them. In any case, this is quite a fascinating turn of events and ultimately the best combination will be to have a great online presence as well as an offline one.

I’m Load The Game’s co-founder and community manager, and whenever I’m not answering questions on social media platforms, I spend my time digging up the latest news and rumors and writing them up. That’s not to say I’m all work and no fun, not at all. If my spare time allows it, I like to engage in some good old fashioned online carnage. If it’s an MMO with swords and lots of PvP, I’m most likely in it. Oh, and if you’re looking to pick a fight in Tekken or Mortal Kombat, I’ll be more than happy to assist! Connect with me by email markjudge (@) loadthegame.com only
@@MarkJudgeLTG
Previous Smart bracelet can be used as a handset
Next The Evil Within on PC has a console debug mode and multiple tweaks which you can access