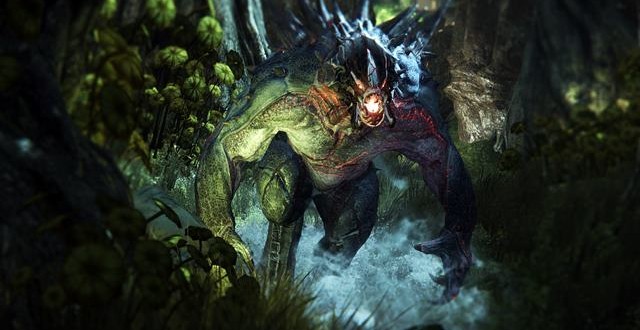 Turtle Rock Studios just released a brand new trailer for Evolve, their upcoming action packed 4v1 online shooter. The trailer reveals some very interesting new info regarding the bonuses that you’ll get if you pre-order the game. Most of the video is about the new Savage Goliath skin, which gives the monster a red glow. The skin is included in the Monster Expansion Pack and comes free for anyone who pre-orders the game. The trailer’s description mentions that the expansion pack also includes Evolve’s “fourth playable monster”. We don’t know anything about this monster at this point, but apparently it’s only going to make its way to Evolve sometime after the game launches. However, if you pre-order the game you will receive guaranteed access to the monster as soon as it becomes available.

Speaking of monsters, there is no solid information in regards to the third one either, although the game’s wiki page does suggest that it will go by the name of Leviathan. This creature can presumably camouflage itself and relies on stealth. We’re bound to learn more about it soon though as Turtle Rock previously announced that Evolve will launch with three monsters, while a fourth one (the one confirmed today) will be available via DLC. Aside from the Monster Expansion Pack, players who pre-order will also receive access to the upcoming “Evolve Big Alpha”. The alpha testing phase begins on October 30th for the Xbox One and October 31st for the PS4 and PC.

Since the fourth monster was already confirmed, presumably the third set of Hunters will also be announced soon. I suspect we might hear more about them by the time the alpha kicks in, but don’t quote me on that. Evolve has recently been delayed and will now only arrive on February 10th for the PS4, Xbox One and PC.

I’m Load The Game’s co-founder and community manager, and whenever I’m not answering questions on social media platforms, I spend my time digging up the latest news and rumors and writing them up. That’s not to say I’m all work and no fun, not at all. If my spare time allows it, I like to engage in some good old fashioned online carnage. If it’s an MMO with swords and lots of PvP, I’m most likely in it. Oh, and if you’re looking to pick a fight in Tekken or Mortal Kombat, I’ll be more than happy to assist! Connect with me by email markjudge (@) loadthegame.com only
@@MarkJudgeLTG
Previous Two GTA 5 PS4 bundles are scheduled to arrive next month
Next Hatred – a horror title pushing the boundaries of mass murder 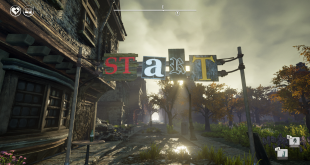