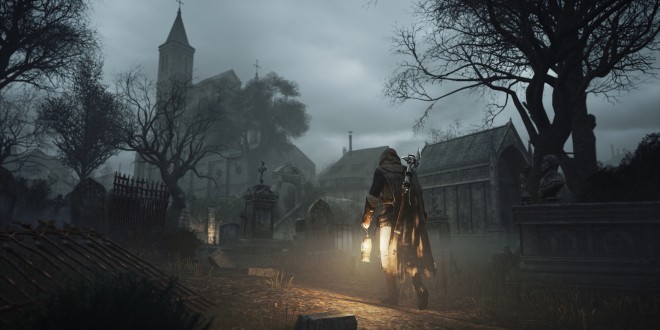 Why Assassin’s Creed Unity would be “impossible” on last-gen

For those of you living under the proverbial rock, know that publisher Ubisoft’s upcoming Assassin’s Creed Unity will be available only on the current generation of consoles (i.e. the PlayStation 4 and Xbox One) and PC. During a recent interview with Examiner, Assassin’s Creed Unity’s creative director Alex Amancio has mentioned the game’s scale is simply too big for the PlayStation 3 and Xbox 360, and developing for said consoles as well would have compromised the developer’s “foundation for a new cycle of Assassin’s Creed”.

“We could not have built this game on cross-gen. Impossible”, Amancio said. “I’ll give you one example of why – the crowd. It’s not aesthetic. It’s a gameplay element; it reacts to you; there’s faction in there you can hide with and more. We couldn’t make this game without a crowd and [last]-gen would not allow us to have crowds even remotely close to what we have. Everything is to scale in Unity, which means we can have seamless interiors”.

“Not only do these new interiors bring new potential for more stories, but now they give new access that is part of the navigation”, continued the director. “You go in through a door, climbs stairs, jump out the window onto the rooftop; that’s part of the experience. If you close out all of these buildings, not only do you lose 100s of interiors with stories, but you also change the dynamics of the navigation. The list goes on and on; Unity would not have been possible on [last]-gen. Since our main goal was to set the foundation for a new cycle of Assassin’s Creed, we couldn’t afford to compromise”.

Assassin’s Creed Unity launches on November 11th in North America, November 13th in all PAL regions, and December 4th in Japan. On the other hand, last-gen. owners will get Assassin’s Creed Rogue on the exact same dates, with PC gamers also getting it in early 2015.

I’m Load The Game’s co-founder and community manager, and whenever I’m not answering questions on social media platforms, I spend my time digging up the latest news and rumors and writing them up. That’s not to say I’m all work and no fun, not at all. If my spare time allows it, I like to engage in some good old fashioned online carnage. If it’s an MMO with swords and lots of PvP, I’m most likely in it. Oh, and if you’re looking to pick a fight in Tekken or Mortal Kombat, I’ll be more than happy to assist! Connect with me by email markjudge (@) loadthegame.com only
@@MarkJudgeLTG
Previous Payday 2 gets free John Wick DLC
Next Xperia Z3 available from T-Mobile, Xperia Z3 Tablet Compact up for pre-order