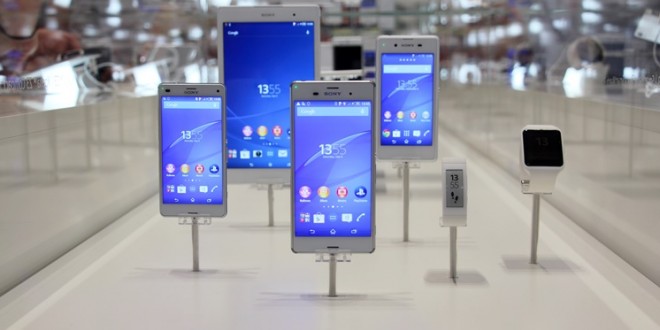 The Sony Demand Great event announced that we would be getting a Verizon exclusive version of the Xperia Z3 handset, but failed to inform us about Sony Xperia Z3 availability for other carriers. Shortly after Verizon made the announcement that the Sony Xperia Z3 Verizon exclusive would be available for U.S. customers, T-Mobile released a notice that it would also be selling the handset starting October 29. It seems that T-Mobile is rushing the release and you can now buy the Xperia Z3 from the store for $630, which is nice to hear.

The Xperia Z3 and the Verizon exclusive Xperia Z3 are two different devices, with the Verizon exclusive device sporting design similar to that of the Xperia Z2. T-Mobile will be selling the standard, well-known version of the Xperia Z3, which has a staggeting 2 day battery life and is considered the smartphone with the best battery life that you can get at the moment. The Xperia Z3 has a 5.2 inch display with a 1080*1920 resolution and is powered by a quad core Snpadragon 801 CPU, backed by 3 GB RAM and 16 GB or 32 GB  expandable storage. The Sony Xperia Z3 camera is a 20.7 MP shooter on the back with an LED flash, and a 2.2 MP sensor on the front. The 3100 mAH battery is what makes the Xperia Z3 desirable, since according to most reviews and tests, this can last up to two days of mixed and intensive use on a single charge. Besides the great battery life, the Xperia Z3 also has IP68 certification, so you can actually use it to shoot underwater footage without ruining the phone.

The Xperia Z3 Tablet Compact has an 8 inch display with a 1200*1920 resolution and has an IP68 certification, which is the best you will find on a tablet at the moment. The slate runs on the quad core Snapdragon 801 CPU, backed by 3 GB RAM and expandable storage. The Xperia Z3 slate also has NFC, an 8 MP camera on the back and a 2.1 MP selfie camera and is powered by a 4500 mAH battery. The Xperia Z3 Tablet Compact is currently considered the thinnest and lightest 8 inch tablet of the world, measuring 6.4 mm in thickness and weighing 270 grams.

Sony’s new Xperia Z3, Xperia Z3 Compact smartphones and Z3 Tablet Compact are among the most coveted devices in the U.S. and we’re sure that the release will be met with hype in the states. While the Xperia Z4 is already in the making, the new device should be the last in Sony’s 6 month release cycle, since the powerhouse Z4 will surely bring enough to the tablet to impress customers and allow Sony to rid itself of the short 6 month refresh cycle it has been on recently. Will you be buying any Sony Xperia Z3 device or are you waiting for the Xperia Z4 to pop up to upgrade? Oh and Sony’s Smartwatch 3 and SmartBand Talk are also on the way, with a $250 price tag for the Sony Smartwatch 3.

My life-long dream has been to test out every gadget on the market! Considering the fact that I've rapidly destroyed almost every gadget I've had so far, I'm not inclined to owning something, so my ideal outcome would be to have a different gadget each month. I'm really into smartphones, wearables and tablets and I love Playstation and Xbox, I'm sure I'll beat you at your own game (after a month of training... or two)
Previous Why Assassin’s Creed Unity would be “impossible” on last-gen
Next Microsoft has begun the Nokia Lumia rebranding process