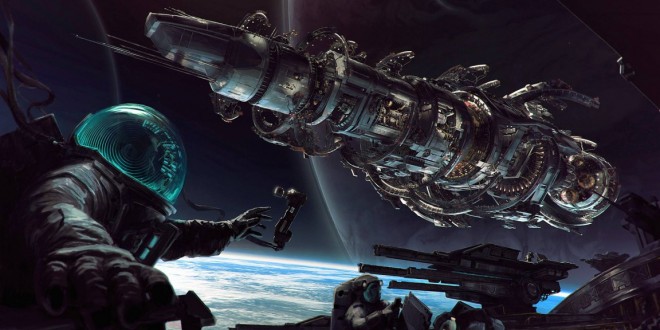 Former Strike Suit Zero developers have a new PC title in place embodied by Fractured Space – a team-based space combat game that will put players at the helm of an immense capital ship. The game will feature  5v5 matches which will engage players in some frantic cosmic battles. You’ll be able to choose a manufacturer in-game, pick out a class and use Galactic Coins to buy new ships and populate your fleet. Developers take pride in delivering a game that combines the best elements of competitive PvP action with the fiction and politics of popular Sci-Fi that are bound to establish new frontiers for the genre. Fractured Space relies heavily on team work, which will be the key in identifying the enemies’ weaknesses and speculate on them in battle.

As CEO of Edge Case Games, James Brooksby, stated in a press release, “Fractured Space is an ambitious project we have wanted to do for quite some time, and we’re very excited to now confirm its development. Above all else, we want to transmit a sense of scale to the player – the feeling of participating in a massive space battle inside their own titanic capital ship, blasting apart enemy ships and working together with other players to achieve a common objective.” Players will have full control over their ships, and will be able to devise clever tactical plans that will gradually bring their opponents to their knees. You may also employ a specific setup to your ship based on your intended combat role. With that said, the two main governing factors of Fractured Space are Unity and Strategy.

Fractured Space will go live on Steam Early Access later this year, and will cross over to a free-to-play model after the full release scheduled for 2015. Early Access Founders will be spoiled with exclusive ships, crews, boosters and ranks.

I'm Razvan, a sports and first-person shooter enthusiast. I've always loved writing, even more so when it involves games. When I'm not playing on my PS3 or writing, I like to run exhausting cardio workouts, play soccer, watch a good movie, or read a good book.
Previous Samsung Galaxy Core Max launched in China
Next Titanfall Update 8 introduces player vs AI co-op mode and more