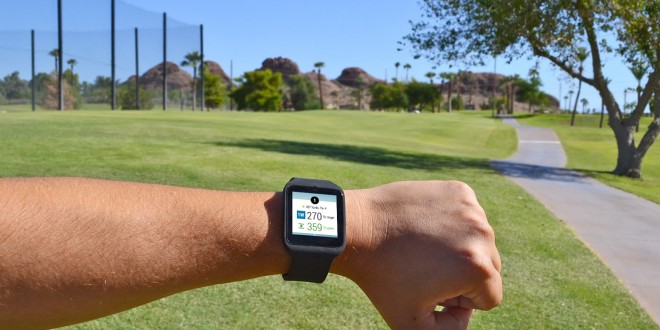 The Android Wear update includes offline music support, so that you can now store music on your smartwatch and play it back with the aid of a Bluetooth headphone or speaker. The update also adds GPS support for watches with the required hardware, a feature Google has promised to include in the Android Wear update ever since we first heard about the rumors. The new Android Wear update means that if you have a watch with its own GPS, you will be able to use it for fitness tracking and navigation without having to carry your smartphone around. Google emphasizes the fact that most Android Wear timepieces are used for fitness tracking, so the inclusion of GPS support as well as offline music support will make your exercising experience faster.

Besides the Android Wear update, Google also announced that the Sony Smartwatch 3 is now up for pre-order from Verizon Wireless and will be available for purchase in the Google Play Store soon. Verizon is selling the Sony Smartwatch 3 for $250, which is the same price we’ve seen in the Google Play Store listing for the device. The Smartwatch 3 is currently the only smartwatch with a GPS sensor included, a transflective display and features a 1.6 inch display with a 320*320 resolution and IP68 certification. The new Android Wear update will be rolling out to the Moto 360, LG G Watch and Samsung Gear Live in the next few days.

That wasn’t all that Google announced, though. The company has also introduced 8 new app categories in the Android Wear app store, including Featured, Health & Fitness, Travel + Local, Social, Tools, Communication, Productivity and More Apps categories. With the expansion of the Android Wear app store as well as the new Android Wear update, Google is aiming to create a comprehensive OS that will allow smartwatch users to customize and use their wearables in their own way.

My life-long dream has been to test out every gadget on the market! Considering the fact that I've rapidly destroyed almost every gadget I've had so far, I'm not inclined to owning something, so my ideal outcome would be to have a different gadget each month. I'm really into smartphones, wearables and tablets and I love Playstation and Xbox, I'm sure I'll beat you at your own game (after a month of training... or two)
Previous Activision offers Xbox One users CoD: Ghosts bundles at high discounts
Next Red Barrels confirms Outlast sequel is on its way