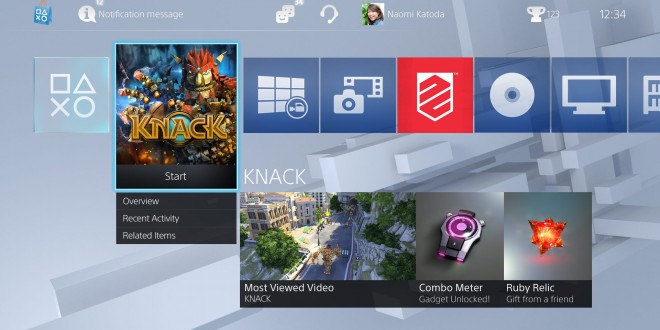 As you may know, the PlayStation 4’s upcoming massive 2.0 update – called Masamune – will introduce (among many others) the Share Play feature, which basically lets you experience other people’s games from the comfort of your couch, via the PlayStation Network. To further explain it, Sony has put together a new video to show you its ropes. “As we’ve said before, the best way to think about Share Play is like a ‘virtual couch,'” reads the official PlayStation blog. “PS4 will create an online local co-op experience by allowing you to invite a friend to join your game for up to one hour at a time – even when they don’t own a copy of it.”

Yesterday, Sony had officially announced Masamune’s release date, which is October 28th. When it launches, the PS4’s latest update will bring features like being able to play music from a USB stick, changing the background of your home-screen, in addition to enhanced voice-commands and a few more features which you can check out [here].

I’m Load The Game’s co-founder and community manager, and whenever I’m not answering questions on social media platforms, I spend my time digging up the latest news and rumors and writing them up. That’s not to say I’m all work and no fun, not at all. If my spare time allows it, I like to engage in some good old fashioned online carnage. If it’s an MMO with swords and lots of PvP, I’m most likely in it. Oh, and if you’re looking to pick a fight in Tekken or Mortal Kombat, I’ll be more than happy to assist! Connect with me by email markjudge (@) loadthegame.com only
@@MarkJudgeLTG
Previous Quantum Break gets an extended demo featuring new gameplay
Next Meizu MX4 Pro specs revealed thanks to GFX benchmark test