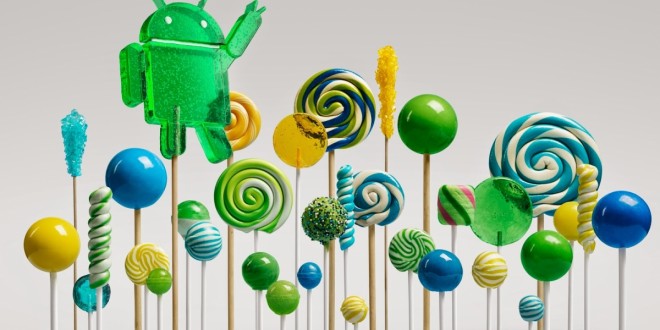 While the Nexus and Google Play Edition line will be the first devices to receive Google’s new Android 5.0 Lollipop operating systems, Samsung is the runner up with the Galaxy S5 officially getting the new OS in December. Android 5.0 Lollipop was launched alongside the Nexus 6 and Nexus 9 on October 15, and the OS is the most promising we’ve seen in a while. Samsung is reportedly already working on TouchWiz integration with the new OS, since you can’t have a Galaxy S5, or any other Galaxy phone without TouchWiz, apparently.

According to various sources close to Samsung, the Galaxy S5 will be among the first devices to receive Android 5.0 Lollipop in December. While the month is set, Galaxy S5 owners will probably experience some delay based on their carriers. The Android 5.0 Lollipop rollout for the Galaxy S5 should take about a month to complete, since carriers do tend to lag around when releasing OTAs to the Galaxy S5, as well as any other smartphone. Networks can also delay the update for Galaxy S5 owners, since they need to perform their own checks on the software they get from Google and Samsung.

There is a chance that Galaxy S5 owners will only get the Android 5.0 Lollipop OTA at the beginning of 2015. That’s unlikely though, unless you are living in an area where these delays are frequent. Other phones like the HTC One M8, Galaxy Note 4, Sony Xperia Z3, Xperia Z3 Compact and more should also be getting the Android 5.0 Lollipop OTA by the end of the year, although many of them haven’t confirmed an estimated rollout date for the update. Nonetheless, by Spring 2015, all Galaxy S5 units, and most Android phones should already be equipped with the new sweet OS from Google. It remains to be seen which phones will get the update faster, and which carriers will allow for faster updating.

My life-long dream has been to test out every gadget on the market! Considering the fact that I've rapidly destroyed almost every gadget I've had so far, I'm not inclined to owning something, so my ideal outcome would be to have a different gadget each month. I'm really into smartphones, wearables and tablets and I love Playstation and Xbox, I'm sure I'll beat you at your own game (after a month of training... or two)
Previous Apple SIM will be locked to the AT&T network
Next Call of Duty Advanced Warfare leak manages to upset Sledgehammer co-founder