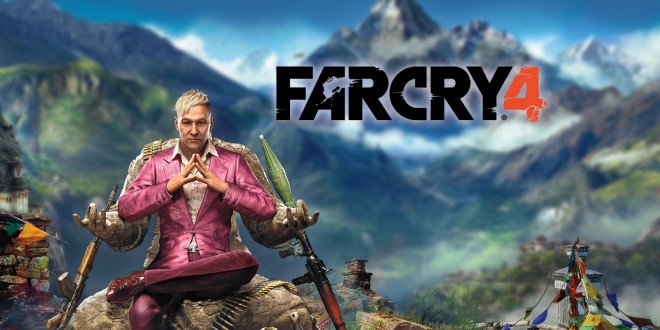 The importance of resolution in games

Far Cry 4 creative director Alex Hutchinson recently stated that, in his opinion, resolution is not an important aspect of a game. At least not more important than the game being fun, interesting and enjoyable. “It’s certainly not something I care about in a game,” Hutchinson said in an interview with Total Xbox, “It feels weird to me that people are cool about playing a sort of retro pixel game, and yet the resolution somehow matters. It’s like: is it fun, is it interesting, is it new, is it fresh, are there interesting questions?”. The developer then goes on adding that he’s just “in for the experience, I’ll play a SNES game if it’s cool”.

Basically, Hutchinson, who develops a game that’s part of franchise mostly praised for its great visuals, tells us that gamers shouldn’t care so much about the resolution of a game. He’s right about aspects like gameplay and story being more important than graphics. The general consummers prefer next-generation graphics and won’t accept playing games at anything other than 1080p, but what good is a game that looks great and that’s it? What I’m trying to say here is that the most important thing about a game is being able to play it. In other words, if the gameplay mechanics are terrible, graphics don’t mean anything. Furthermore, even though we live in a time where multiplayer is king, stories still matter a lot. Take the Far Cry franchise for example. I’m pretty sure that Vaas, the famous villain from Far Cry 3 sold more copies than the multiplayer features did. And probably so will Pagan Min. Developers have to understand that people don’t only buy games for their multiplayer features. I mean, just look at Telltale’s adventure games. You know from the start that all you get is a great story and no multiplayer, but they still sell like hot bread.

Since we’re deviating from the main topic here, let’s get back to graphics. The “retro pixel game” referrenced by Hutchinson might just be Minecraft. This game literally looks like something you’d play on a good old 16-bit console and yet it has a huge fan base. Why? Because Mojang managed to create an experience that dragged many players in. You might argue that the game did in fact get an HD remaster on PS4 and Xbox One, but, despite the new, 1080p resolution, the graphics are basically the same (except for the extra pixels). Of course, the fans who bought and will buy the game on next-gen consoles won’t buy it for the 1080p resolution, but for the same reason mentioned above: it’s fun, and it has that something that drags people in.

So, let’s draw the line here. We established that there are several other aspects of a game that are equally or even more important than resolution. While a game running at a native 1080p resolution looks great (provided the gamer also owns a capable monitor), this aspect isn’t really as important as it is made out to be in order to sell next-gen consoles. Look at indie games, a lot of them don’t have next-gen graphics and yet they are equally or even more enjoyable than some AAA titles that are put out in questionable states so that publishers can milk popular franchises while they’re.. well, popular. Despite what anyone says, as long as a game is enjoyable, it doesn’t need to be able to run at full HD resolution.

I'm a journalism graduate and an occasional gamer. As a kid I used to own a NES clone called "Terminator 2", which was hugely popular in my country. I like old school games and adventure games but I occasionaly play RPG's and Shooters as well, though I wouldn't call myself an expert at these kinds of games. When I'm not writing or playing games I prefer reading detective or fantasy novels.
Previous Star Citizen is rapidly approaching the $60 million milestone
Next Get a guaranteed Evolve Big Alpha code through Curse Voice