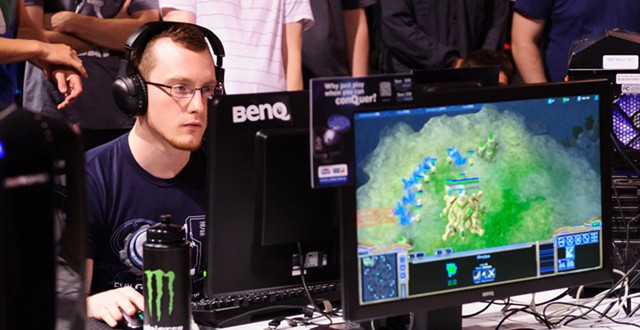 Idra rejoins Evil Geniuses as their Heroes of the Storm captain

Idra was a pretty big name on the eSports scene back in the day – like, last year – and was infamous for a couple of reasons. First, he was a damned good Starcraft 2 player, but most importantly, his rage quits became legendary in the community. In fact, Idra  may have been more known for his temperament reminiscent of that the Incredible Hulk than his skill as a pro player by the end of his career. Greg Fields, by his real name, retired from Starcraft 2 and left Team Evil Geniuses in 2013, although it would be fair to say that they actually left him. In any case, Idra was undoubtedly their best known player at the time and an important part of the team, so that move couldn’t have been easy for any of the parties involved.

Well, as fate would have it, Idra is coming back to Evil Geniuses in a new and improved version. He will not be playing Starcraft 2 this time around as it turns out that he didn’t really enjoy the game in the first place, at least not as much as he enjoyed Brood War. Instead, Idra along with his team will be part of EG’s newly announced Heroes of the Storm division. Evil Geniuses has no doubt seen the potential of the game as an eSport and are already preparing accordingly, which is definitely a wise decision. Aside from Idra, the Heroes of the Storm division will also included another former Starcraft 2 player and EG member in the form of Jake “LzGaMeR” Winstead. The remaining three players go by the names of John “Chillatech” Peacock, Guillaume “Keylax” Ouellet, and Kayla “Faye” Murray.

Although Idra and his team only recently joined Evil Geniuses, they will have a chance to prove their worth to the organization very soon. Fields and co. have been invited to participate in the Heroes of the Storm invitational at BlizzCon 2014. Blizzard’s most important event of the year is scheduled to take place between November 7 – 8, so we’ll find out soon enough if Idra can make EG proud again. We’ll also find out if his temperament improved since we last saw him playing competitively.

I’m Load The Game’s co-founder and community manager, and whenever I’m not answering questions on social media platforms, I spend my time digging up the latest news and rumors and writing them up. That’s not to say I’m all work and no fun, not at all. If my spare time allows it, I like to engage in some good old fashioned online carnage. If it’s an MMO with swords and lots of PvP, I’m most likely in it. Oh, and if you’re looking to pick a fight in Tekken or Mortal Kombat, I’ll be more than happy to assist! Connect with me by email markjudge (@) loadthegame.com only
@@MarkJudgeLTG
Previous Galaxy S4 Android 5.0 Lollipop update early in 2015
Next Smite aims for an early 2015 closed beta on the Xbox One