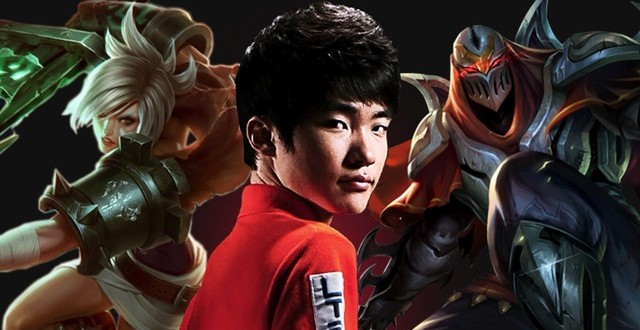 As eSports are becoming more and more popular, the people who are playing them at a professional level are also receiving a fair amount of popularity. These players are often sought after by various organizations for their skill and their renown, but just how far is someone willing to go in order to acquire one of these famous players? Quite far it seems as apparently there are some companies out there that are prepared to pay no less than $1 million for a certain League of Legends player. The player is none other than Lee “Faker” Sang-hyeok from the South Korean team SK Telecom T1 and the organizations in question are reportedly a couple of Chinese media companies who really want to get their hands on him.

The companies allegedly made offers for a number of  Korean League of Legends players, with the offer of Lee being the highest. $1 million is quite an impressive sum that’s actually enough to rival the transfer sums you’ll usually see in regular sports. To put things into perspective here, the recent World Championship 2014 featured a total prize pool of a little over $2 million, and that was the biggest League of Legends event of the year. While Lee’s current salary has not been disclosed, the player presumably earns about $98,000 to $147,000 a year just for playing the game, not including tournament prize money and streaming revenue. One of the mentioned Chinese companies is reportedly prepared to pay a $490,000 transfer fee plus an annual salary of $196,000, while the other one is offering a $294,000 transfer fee along with a $686,000 two-year contract.

The company who manages to close the deal is believed to be after much more than Faker’s League of Legends skills. Both companies are said to want him mainly for his popularity and use him to draw the crowds of fans so that they can benefit from streaming revenue. This whole business is apparently becoming very popular in China as of late. Recently we’ve heard that another League of Legends player, “CaoMei”, has retired from the eSports scene in order to become a professional streamer. The player will earn more than $800,000 just for streaming LoL for a few hours a day, so it’s not very surprising to see that others might be interested in this venture as well.

I’m Load The Game’s co-founder and community manager, and whenever I’m not answering questions on social media platforms, I spend my time digging up the latest news and rumors and writing them up. That’s not to say I’m all work and no fun, not at all. If my spare time allows it, I like to engage in some good old fashioned online carnage. If it’s an MMO with swords and lots of PvP, I’m most likely in it. Oh, and if you’re looking to pick a fight in Tekken or Mortal Kombat, I’ll be more than happy to assist! Connect with me by email markjudge (@) loadthegame.com only
@@MarkJudgeLTG
Previous Gmail 5.0 available in the Google Play Store
Next Counter-Strike: Global Offensive is making its way to Aspen for the Winter X Games