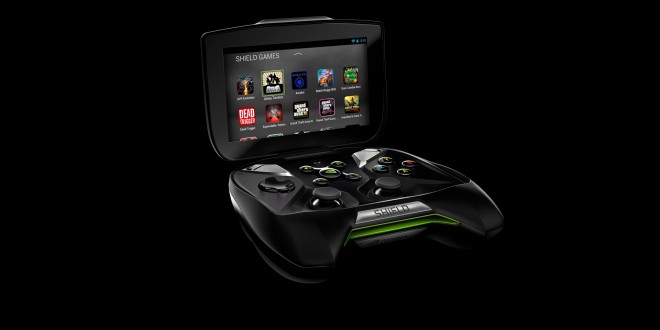 Update v99 for the Nvidia Shield Portable is now available through your update menu on the device. The upgrade contains optional improvements and bug fixes. One of the improvements you should be seeing once you install the Shield Portable update v99 is that the battery won’t be drained as much when the lid is closed. If you have previously experienced problems with playing videos from Facebook, Browser, Chrome or Youtube, the Shield Portable update v99 should now fix that issue, which is great news. The update also enables support for 4K content in Console Mode, which is a nice little tweak many of you will be glad to hear has been enabled.

While the Shield Portable update is pretty big, weighing 480 MB, we think that it is worth your space and should install it as soon as possible. The battery draining issues have been pesky for many users and that’s probably the best improvement the update could have brought. The video playback fix should also come in handy for many of you who own Shield Portablet gamepads. We can safely say that the Shield Portable update v99 is an important one and reassures owners that Nvidia won’t be ignoring its older releases just because the Shield Tablet is now the favorite.

My life-long dream has been to test out every gadget on the market! Considering the fact that I've rapidly destroyed almost every gadget I've had so far, I'm not inclined to owning something, so my ideal outcome would be to have a different gadget each month. I'm really into smartphones, wearables and tablets and I love Playstation and Xbox, I'm sure I'll beat you at your own game (after a month of training... or two)
Previous Far Cry 4 gets official PC requirements
Next Starcraft 2: Legacy of the Void, Hearthstone expansion and other Blizzcon 2014 announcements