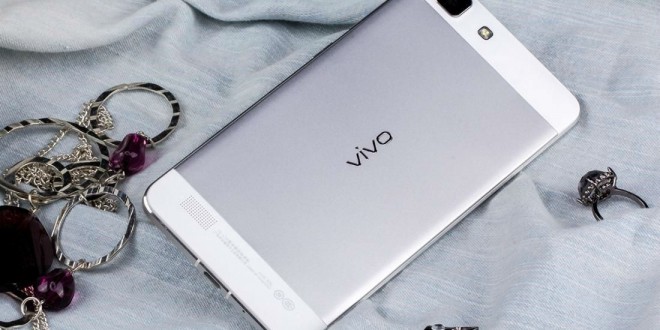 Oppo R5 will be dethroned by Vivo X5 Max

Oppo R5 will be dethroned by Vivo X5 Max

It seems that making the thinnest phone on the market has become a trend among OEMs. First. we saw the Gionee Elife S5.5 and Elife S5.1 take the spot as the world’s thinnest phones. Then, Oppo launched the Oppo R5 on October 29, which is currently the thinnest smartphone in the world. We had previously heard that Vivo was making another slim phone that would compete with these flagships. Now, we know what kind of phone Vivo was teasing earlier – the Vivo X5 Max.

The Vivo X5 Max will be even thinner than the Oppo R5 measuring only 4.75 mm compared to the 4.85 mm thickness of the Oppo R5. While we do have our doubts that both the Oppo R5 and Vivo X5 Max will be durable phones, it is nice to see that manufacturers and companies are getting so competitive. While most won’t see the importance and practical value of phones as thin as the Oppo R5. The drawback of phones as thin as the Oppo R5 are design sacrifices like the absence of a headphone jack and a pretty fragile body. As we’ve seen with the iPhone 6 Plus #bendgate, thin phones can be easily damaged since every little component in them is more fragile.

The Vivo X5 Max, which aims to dethrone the Oppo R5, is the successor of the Vivo X5, which was  a thin release itself, measuring 6.3 mm. The new Vivo iteration of the thinnest phone on the planet measures 153.9 mm in height, 78 mm in width and 4.75 mm in thickness. When we first heard about Vivo making a thin phone, we reported, based on various sources, that the handset would be only 3.8 mm thin, which seems impossible. Now, we have some specs for the new handset which will supposedly feature a 5.5 inch display with a 1080*190 resolution, an octa core 1.7 GHz Mediatek CPU, a 13 MP rear camera and a 5 MP front camera, alongside LTE and 2 GB RAM. The slim handset should come with Android 4.4.4 KitKat out of the box. The Vivo X5 Max already passed through TENAA and should be launched by the end of the year. It should only launch in China for starters, but we think that it will end up in U.S. stores, too.

My life-long dream has been to test out every gadget on the market! Considering the fact that I've rapidly destroyed almost every gadget I've had so far, I'm not inclined to owning something, so my ideal outcome would be to have a different gadget each month. I'm really into smartphones, wearables and tablets and I love Playstation and Xbox, I'm sure I'll beat you at your own game (after a month of training... or two)
Previous Far Cry 4 gets a story trailer introducing new characters
Next Watch Dogs on the Wii U gets first screens, download size, price