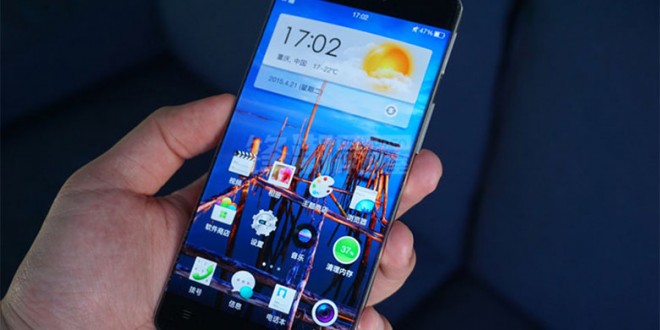 Will the Oppo R7 be bezelless or not?

The bezelless Oppo R7 has stirred a lot of hype recently and with good reason. The design of the phone is rather remarkable, although we do wonder if the really bezelless feeling of it will be real in the end and if it will be practical or more of an inconvenience. Although the Oppo R7 is certainly gimmicky, as there’s not hints at the sides being actionable or having special features, the phone is beautiful. Even if there aren’t many photos available of the Oppo R7, those that we’ve seen are pretty amazing. This time around, information about the Oppo R7 price and release date have come to light thanks to MobileDad, so let’s see when we should be expecting this new Chinese smartphone.

The Oppo R7 has shown up on TENAA today, and the photos are quite off, which sends us into a spiral of questions. If the Oppo R7 was advertised as a bezeless smartphone, then why do these certification photos show clear, thick bezels on all sides of the Oppo R7? The documents show that there will be two different versions of the phone, the Oppo R7 and the Oppo R7c, so the latter one might be the one being showcased in the photos. Sources tell us that the Oppo R7 release date is set for May 20, and although we wouldn’t completely confide in that, various testimonials and leaks suggests that May is right indeed. That’s when we’ll see if these TENAA images are indeed the real deal, because if they are, it’s not looking good for the Oppo R7.

The specifications for the Oppo R7 include a Snapdragon 615 CPU, 3 GB RAM, 16 GB internal storage expandable via microSD card, a 13 MP main camera, an 8 MP secondary camera, a 5 inch FHD display and an all metal body. The Oppo R7c has the same specs, but it comes with a MediaTek CPU instead of the Snapdragon one. The Oppo R7 price is said to be between $500 and $600, which is quite a lot for a mid-range smartphone with the design that is in the TENAA photos. It’s mid-range specs, FHD display, lack of fingerprint sensor and any special features do not warrant a price that can rival with the LG G3 price. Although the metal chassis might be appealing, the design in these photos looks nothing like the images we’ve seen before. Would you scrape up that much money for a device that is a Chinese version of the Galaxy Alpha?

My life-long dream has been to test out every gadget on the market! Considering the fact that I've rapidly destroyed almost every gadget I've had so far, I'm not inclined to owning something, so my ideal outcome would be to have a different gadget each month. I'm really into smartphones, wearables and tablets and I love Playstation and Xbox, I'm sure I'll beat you at your own game (after a month of training... or two)
Previous Galaxy Note Edge Android Lollipop update rolling out on T-Mobile
Next Galaxy Note II Android Lollipop update seems to be out of the question