Breaking News
Home » eSports » Overwatch will not feature a single-player campaign, but there will be a plot according to Blizzard 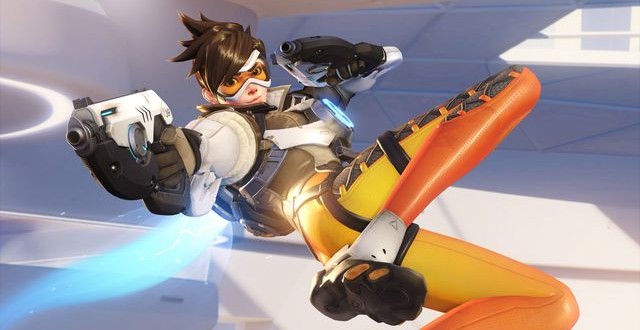 Overwatch will not feature a single-player campaign, but there will be a plot according to Blizzard

This year’s edition of Blizzcon was a very special one because after nearly two decades Blizzard finally announced a new IP. Overwatch has been the subject of speculation for many months after it was revealed back in April that the company trademarked that name. We didn’t actually know what it was until recently but the name did sounded fitting for a shooter and that’s definitely what it is. This team-based multiplayer shooter will be crazy fun based on the showed footage and is certain to make a big splash on the eSports scene. But Blizzard is a company infamous for great storytelling so it’s only natural to ask the question “does Overwatch also feature a single-player campaign”?

The answer unfortunately is no according to game director Jeff Kaplan. “I don’t think we would ever do a single-player campaign, because the way these characters work… they’re cool when you combine them together,” Kaplan said in an interview with Kotaku. “Some don’t play well alone, either. Unless we built a campaign around supporting somebody else, a support character like Mercy probably wouldn’t do well.” However, he did mention that each character in Overwatch has an interesting story and we’ll be able to learn more about them from sources outside the game. There will also be various plots in the game but it’s a bit uncertain how Blizzard plans to talk about them. Chatter between characters has been mentioned, so that’s one way, but we might also see cinematics like the one used to reveal Overwatch at Blizzcon.

This all seems similar to what League of Legends in doing in many ways. Riot created a lot of back story and context for the world and its champions but you won’t learn much about it while actually playing the game. This is an interesting way of doing things, although it’s certainly not the most effective. In any case, Overwatch will probably focus less on the plot compared to other Blizzard titles because this game is all about the action. There is no word on a possible release date just yet, but we do know that a Beta phase is already coming next year.

I’m Load The Game’s co-founder and community manager, and whenever I’m not answering questions on social media platforms, I spend my time digging up the latest news and rumors and writing them up. That’s not to say I’m all work and no fun, not at all. If my spare time allows it, I like to engage in some good old fashioned online carnage. If it’s an MMO with swords and lots of PvP, I’m most likely in it. Oh, and if you’re looking to pick a fight in Tekken or Mortal Kombat, I’ll be more than happy to assist! Connect with me by email markjudge (@) loadthegame.com only
@@MarkJudgeLTG
Previous Galaxy S4 vs Galaxy S5 – what are the improvements
Next Just Cause 3 Announced by Gameinformer