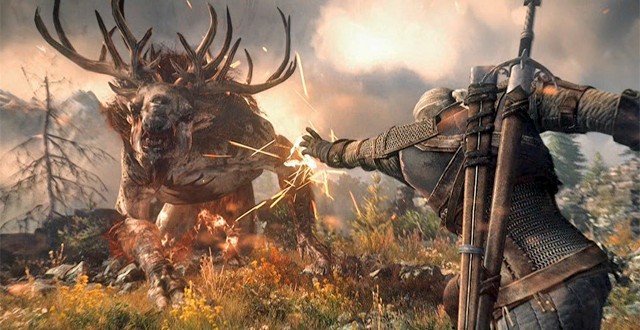 CD Projekt RED’s The Witcher 3: Wild Hunt will offer us a vast open-world to explore when it releases in March 2015. The final part of the trilogy will be much bigger than its predecessors and I’m not talking only about the map. In the upcoming title players will have more monsters to slay, locations to explore, quests to complete, and important decisions to make. You’ve probably played RPGs where slaying a monster that was threatening a village didn’t really have any effect on the villagers who were going on about their business like nothing happened. Well, this won’t be the case in The Witcher 3 as the villagers most certainly notice when you save them from a monster and thank you for it. The whole world in fact and its inhabitants will change and react to your actions and decisions, according to the developer.

“The Witcher 3 is a huge, open world game, and open world for us means not only huge locations, but also a number of interesting choices,” Lead Game Programmer Grzegorz Mocarski said in an interview with GamingBolt. “You can do a lot in the game, and we’re giving you many, many options. The world around us reacts to the choices, as well. It’s not only about having a story arc with different choices as you saw during the presentation, but it’s also about giving the player the option to choose what they want to do and how they want to interact with the game. During combat, you will have many options in terms of how to fight against your enemies. You can use different kinds of attacks –swords, bombs – and you can prepare plenty before the fight, and it is important. When fighting enemies like werewolves, which is part of monster hunting, which is a huge part of our game, you’re also changing the environment around it, right? If there is a werewolf or a big creature like it somewhere around people, the people will gladly pay you for your assistance, for your help.”

Elsewhere, Mocarski talks about CD Projekt RED’s decision to delay The Witcher 3 until next year. The developer says this delay will give them a few extra months to polish the game and deliver a top-notch quality product, just like they promised. As of late, CD Projekt is working on adding a lot more stuff to the world in order to give players even more things to do. Also, optimization and high fidelity graphics are very important to the studio and they want to make sure that The Witcher 3 runs and looks great on all platforms. The developer previously stated that they would like to have the game run at 1080p and 60 fps on both the PS4 and the Xbox One. Although Mocarski declined to give any specific details during the interview, he says that CD Projekt Red are still doing their best to achieve the highest quality possible.

I’m Load The Game’s co-founder and community manager, and whenever I’m not answering questions on social media platforms, I spend my time digging up the latest news and rumors and writing them up. That’s not to say I’m all work and no fun, not at all. If my spare time allows it, I like to engage in some good old fashioned online carnage. If it’s an MMO with swords and lots of PvP, I’m most likely in it. Oh, and if you’re looking to pick a fight in Tekken or Mortal Kombat, I’ll be more than happy to assist! Connect with me by email markjudge (@) loadthegame.com only
@@MarkJudgeLTG
Previous Sony Xperia Z4 already leaked
Next Android 5.0 Lollipop update rolling out to Nexus 4