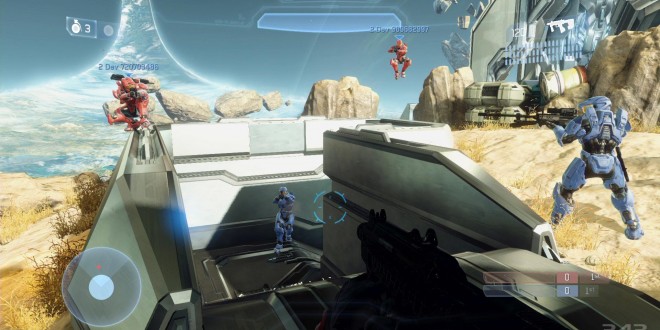 Yesterday a new patch went live for players of Halo The Master Chief Collection. 343i, developers behind the game, detailed the patch in full on their website, Halo Waypoint. In order to avoid the boring legal talk of patch notes, we will have them summarized here for easy understanding. The patch is a required download if you desire to continue to play online, or in most cases, attempt to play online. The size has been estimated to be about 1.5 GB.

Matchmaking Improvements
Matchmaking times will be decreased when it comes to finding an actual game and the low success rates will also be improved. Players will be fed status updates so that they are not left wondering whether their console will connect or not to a match. The queue of status is as follows- searching, searching for more players, players found, finalizing matchmaking process, connecting session. Parties will now be kept together when progressing through matches, notably when backing out of the post-game report. Players will no longer be stuck in the matchmaking screen when map voting is occurring. Emblem and nameplate will not reset after a game, which is very annoying when you’ve found your favorite combination.

Achievements will now activate when they are earned, it was a problem beforehand that players would not have their achievement pop after fulfilling its requirements. Headshot hitboxes were improved so you can no longer yell at the screen when an enemy doesn’t go down. You won’t respawn where you died, this would be a terrible thing to occur during Hunter fights. Fall damage is now consistent between various heights in Halo Combat Evolved. Multikill rewards more consistent. Matches will end when the opposing team quits. Colors between teams will now stay consistent between pre-game and during the match. Host migration improved to no longer drop all players. King of the Hill no longer has multiple hill using the same countdown. Controller will no longer vibrate during use of the menu, which sounds like a very puzzling problem.

343i ended the Halo Collection Content Update by saying there are more fixes and improvements on the way, thanking players for their patience and support. Halo The Master Chief Collection launched on November 11 and a large majority of players were unable to play multiplayer. The main issue was that players were unable to find matches, instead being stuck in the matchmaking screen for hours with no games found. 343i and Microsoft acknowledge the problem and have been working to fix the game since release. This represents the latest effort in a long series of posts about what is going on behind the scenes at 343i.