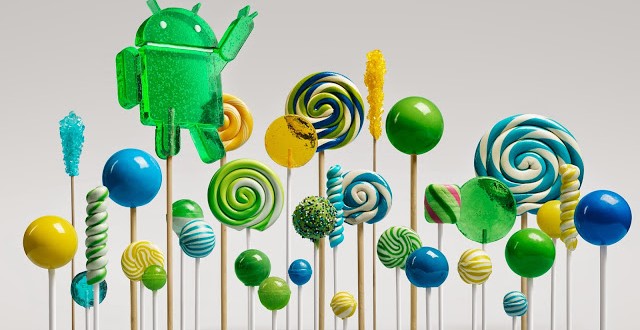 Android Lollipop is already available on a number of devices, but there are plenty more which are still waiting for it. The firsts in line to get the update were unsurprisingly the Nexuses followed by Google Play Edition devices. The LG G Pad 8.3 is the latest device from the second category to receive the update, which started rolling out earlier today. Traditionally Google has been pretty fast with update roll outs for its own devices but that hasn’t been the case lately for some reason. At any rate, Android Lollipop is ready now for the LG G Pad 8.3, which means that it might also arrive to other GPE devices soon.

It’s worth mentioning that Google hasn’t actually announced that it’s updating the device. However, users on Twitter and elsewhere are saying that they have received the system update notification earlier today. A full change log specifically for the LG G Pad 8.3 is not available at this time, but the notification mentions that Android Lollipop brings with it a bold new visual style, improved performance, and new features. The latest version of the operating system will also introduce lock screen notifications, battery saving mode, and Screen Lock.  Last but not least, the notification says that you will need at least 500 MB of free space to install Android Lollipop on your device.

In addition, you’ll probably also need a lot of patience until the update actually reaches your LG G Pad 8.3 Google Play Edition. Android Lollipop roll outs took a very long time on other devices and it’s very likely that this will be the case here as well. Generally speaking, the update rolls out to about 1% of device owners in the first 48 hours and can take up to several weeks until it reaches everybody. So, unless you’re one of the lucky 1%, it may still take a while until Android Lollipop gets to your device.

I’m Load The Game’s co-founder and community manager, and whenever I’m not answering questions on social media platforms, I spend my time digging up the latest news and rumors and writing them up. That’s not to say I’m all work and no fun, not at all. If my spare time allows it, I like to engage in some good old fashioned online carnage. If it’s an MMO with swords and lots of PvP, I’m most likely in it. Oh, and if you’re looking to pick a fight in Tekken or Mortal Kombat, I’ll be more than happy to assist! Connect with me by email markjudge (@) loadthegame.com only
@@MarkJudgeLTG
Previous Xbox One had an “incredible” Black Friday according to Microsoft
Next PlayStation Store Update 11.25.14