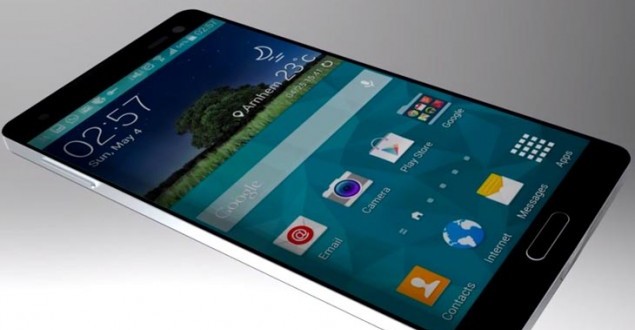 Samsung Galaxy S6 and S6 Edge confirmed for next year

Samsung Galaxy S6 and S6 Edge confirmed for next year

Samsung’s new Galaxy S6 flagship has been expected to make an appearance for quite some time now, and so far there has been no official word from Samsung regarding the device’s name and release date. Well, according to Sammobile, the most accurate source when it comes to inside intel on Samsung’s upcoming devices, the new Galaxy flagship smartphone will be indeed called Galaxy S6 and it might be released in the Q1 2015. Additional to this, a curved Galaxy S6 Edge model will also be unveiled, and is expected to feature similar hardware with a curved second screen, much like the Galaxy Note Edge, which will be used to display notifications. Rumors are that these Galaxy S flagships will be announced at the Mobile World Congress, scheduled to take place in March 2015, and released shortly after.

As you may probably know, the Galaxy S6 will come with a completely redesigned metal chassis and ridiculously powerful hardware that will be handled by the new Android 5.0 Lollipop OS. The S6 will be fueled by a Snapdragon 810 64-bit CPU and in some cases by a 64-bit Exynos 7420; two processing units that will jive quite well with the capable Android 5.0. In terms of storage capacity, the S6 will come with three options: 32GB, 64GB, respectively 128GB. Imaging wise, the new Samsung flagship will feature a 20MP rear camera and a 5MP front camera, while the screen resolution will most likely be 1440×2560 QHD. The Samsung Galaxy S6 employs the Exynos Modem 333 which is an efficient power saving tool that is also bound to improve Wi-Fi, LTE, Bluetooth and GPS connectivity.

The upcoming Galaxy S6 will hopefully be a major step up from the poorly received Galaxy S5, as Samsung enthusiasts expect an all rounded smartphone in terms of build quality and hardware performance. Samsung will surely need a successful run with the new Galaxy S6 flagship, especially now that they’ve decided to diminish their presence on the smartphone market for the following year.

I'm Razvan, a sports and first-person shooter enthusiast. I've always loved writing, even more so when it involves games. When I'm not playing on my PS3 or writing, I like to run exhausting cardio workouts, play soccer, watch a good movie, or read a good book.
Previous Sony Teases a Project Called EMAGON
Next KitKat now runs on more than one third of all Android devices