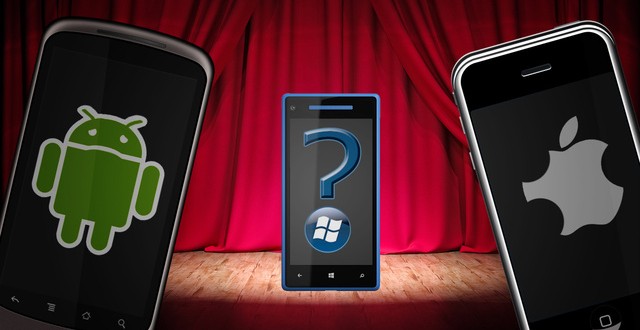 Windows Phone is not exactly competing head-to-head with Android and iOS at the moment, but the situation is expected to improve substantially over the next few years according to a market research firm. IDC estimates that by 2018 the market share of Windows Phone will more than double based on the current trends exhibited by customers. At the moment Windows Phone can only account for about 2.7 percent of the total market share with 35 million devices sold. The firm expects that sales will reach 105 million some years from now, which should bring Windows Phone’s market share up to 5.6 percent.

On the other side of the spectrum, Android will continue to be in the lead for years to come, although its market share is expected to decrease a bit according to IDC. If the firm’s predictions are correct, Google’s OS should be looking at a market share of 80 percent in 2018 with about one billion and a half or so of devices sold. By comparison, Android devices are currently taking up 82.3 percent market share with over one billion devices expected to be sold by the end of the year. Meanwhile, the iOS will see a decrease in market share as well a few years from now. Currently Apple can account for a total of 13.8 percent with 178 million devices sold this year, but this number will go down to about 12.8 percent in 2018 with 240 million units.

Interestingly, the research firm also mentions that smartphone prices will likely go down in the coming years thanks to upstart Chinese manufacturers like Xiaomi, Huawei, OnePlus, and others. “The impact of upstart Chinese players in the global market will be reflected in a race to the bottom when it comes to price,” said Melissa Chau, Senior Research Manager at IDC. “The biggest question now is how much lower can prices go?” The average price for a smartphone will apparently be just $241 in 2018, quite a bit cheaper than $297 like it is now.

I’m Load The Game’s co-founder and community manager, and whenever I’m not answering questions on social media platforms, I spend my time digging up the latest news and rumors and writing them up. That’s not to say I’m all work and no fun, not at all. If my spare time allows it, I like to engage in some good old fashioned online carnage. If it’s an MMO with swords and lots of PvP, I’m most likely in it. Oh, and if you’re looking to pick a fight in Tekken or Mortal Kombat, I’ll be more than happy to assist! Connect with me by email markjudge (@) loadthegame.com only
@@MarkJudgeLTG
Previous Samsung is reportedly working on its own CPU and GPU to power the Galaxy Note 5
Next OnePlus Two confirmed for 2015, release date estimated for Q2 or Q3