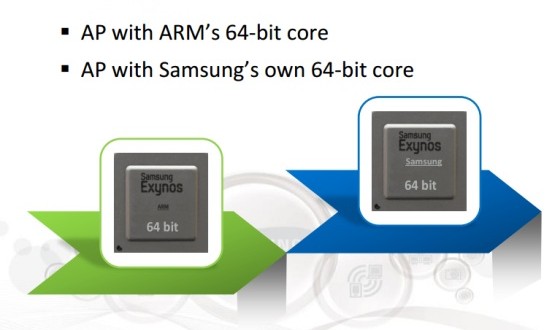 Samsung is apparently tired of using the GPU’s of other companies and has decided to begin working on one of its own. The Korean tech giant is already working on a line of 64-bit Exynos CPUs, so manufacturing its own graphics processors as well just seems like the next logical step when you think about it. The first of these GPUs are rumored to arrive in mid-2015 and be used on the company’s most powerful upcoming devices like the Samsung Galaxy Note 5 and Samsung Galaxy S6. The company has been offering Note phablets in two variants – Qualcomm and Exynos – until now, but the next one might only come in a single model if the rumors are true.

Presumably, the plan is to build the Samsung Galaxy Note 5 from the ground up and equip it with in-house processor and GPU. The same might also apply to the Samsung Galaxy S6, although it’s uncertain if the company will have the new components ready by the time the smartphone comes out. Samsung really wants to stop relying too much on other manufacturers, which is why this move doesn’t seem surprising at all. The company has even been working on an in-house operating system called Tizen that can already be found on some of their wearables and might soon come to their smartphones as well. Indeed, Samsung has been preparing to launch a Tizen-powered handset for a while now and word on the street is that it may finally be launched later this month.

As for their traditional lines of devices, the company is apparently already working on the Samsung Galaxy Note 5 and has big plans for the phablet. Samsung’s Tae Moon Roh stated last month that the device will be able to “suit your needs”, but didn’t follow with any specific details unfortunately. It’s a bit early to speculate on what features and specs the Samsung Galaxy Note 5 may end up offering, but I’m pretty certain that we’ll at least end up seeing the company’s new CPU and GPU on board.

I’m Load The Game’s co-founder and community manager, and whenever I’m not answering questions on social media platforms, I spend my time digging up the latest news and rumors and writing them up. That’s not to say I’m all work and no fun, not at all. If my spare time allows it, I like to engage in some good old fashioned online carnage. If it’s an MMO with swords and lots of PvP, I’m most likely in it. Oh, and if you’re looking to pick a fight in Tekken or Mortal Kombat, I’ll be more than happy to assist! Connect with me by email markjudge (@) loadthegame.com only
@@MarkJudgeLTG
Previous iPhone 6 users report misaligned selfie camera
Next Windows Phone will double its market share in the coming years according to IDC