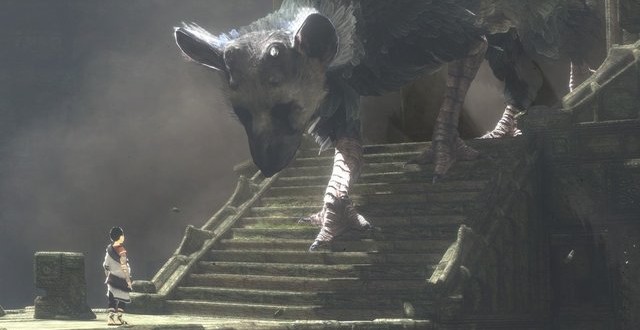 The Last Guardian still in the works, likely a PS4 exclusive

The Last Guardian still in the works, likely a PS4 exclusive

The Last Guardian is one of those games we keep hearing about from time to time through various rumors that don’t actually tell us anything specific. So, in an attempt to keep up with this tradition I present to you another such rumor, although this time around there’s actually a bit of real evidence to back it up. Game creator Fumito Ueda was recently heard talking about the mysterious title and even shared a couple of details regarding it according to a report by Kotaku. Ueda was known to be working on The Last Guardian until he decided to leave Sony for whatever reason back in 2011. However, the game creator still has fond memories about this project, which he considers to be one of the most important PlayStation titles he ever worked on.

When asked what his most memorable PS title was, Ueda replied with “The Last Guardian, by which I mean all the hardships and the unforeseen amount of time required than what was originally thought.” The game creator was also asked to talk a bit about a 2014 title or an upcoming game that he’s working on at the moment. His reply is again related to The Last Guardian and seems to hint at the fact that the project is still in the works and has now shifted to the PS4. “Talks with Sony Computer Entertainment on The Last Guardian have been ironed out, and we’re making progress under completely new conditions.”

The key words here which seem to hint at a new platform are “completely new conditions.” Admittedly, they could mean something else, although it doesn’t seem too far fetched to think that The Last Guardian is now being developed by the PS4 considering that this is now the most popular console on the market. The original plan was to release it as a PS3 exclusive but that would certainly make a lot less sense at the moment. In any case, the most important question remains the same. Is The Last Guardian still coming out? Given that Ueda is apparently in talks with Sony regarding the game and “making progress” I can only assume that the answer is yes. However, it will probably still take a while until we hear some new details about the project.

I’m Load The Game’s co-founder and community manager, and whenever I’m not answering questions on social media platforms, I spend my time digging up the latest news and rumors and writing them up. That’s not to say I’m all work and no fun, not at all. If my spare time allows it, I like to engage in some good old fashioned online carnage. If it’s an MMO with swords and lots of PvP, I’m most likely in it. Oh, and if you’re looking to pick a fight in Tekken or Mortal Kombat, I’ll be more than happy to assist! Connect with me by email markjudge (@) loadthegame.com only
@@MarkJudgeLTG
Previous Microsoft Surface Pro 3 vs MacBook Air 13″ 2014: ultrabook or convertible?
Next GTA 5 PC more than just a port, already running at 60 FPS