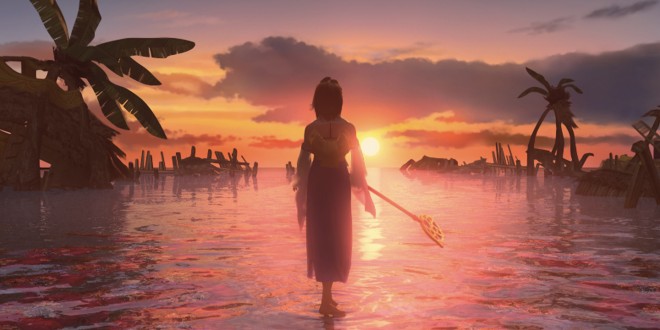 Both Final Fantasy VII and X were the first games in the series to be released on their respective consoles, with VII being the first on the PlayStation, and X being the first on the PS2. The games were also innovative at the time that they were released. Final Fantasy VII was the first game in the series to feature 3D graphics, while X was the first game to feature voice acting for the characters. X was also unique in the way that characters would level up, as there was no standard leveling system like other entries in the series. Instead of levels, players would navigate a giant grid with nodes for stat enhancements, skills, and abilities. Instead of levels, characters received points that allowed them to move along on the grid and enhance the characters by moving on the nodes.

Final Fantasy X/X-2 HD Remaster is available on the PS3 and PS Vita. Final Fantasy VII can be purchased on Steam. Both will come to the PS4 in Spring of next year.

I’m Load The Game’s co-founder and community manager, and whenever I’m not answering questions on social media platforms, I spend my time digging up the latest news and rumors and writing them up. That’s not to say I’m all work and no fun, not at all. If my spare time allows it, I like to engage in some good old fashioned online carnage. If it’s an MMO with swords and lots of PvP, I’m most likely in it. Oh, and if you’re looking to pick a fight in Tekken or Mortal Kombat, I’ll be more than happy to assist! Connect with me by email markjudge (@) loadthegame.com only
@@MarkJudgeLTG
Previous HTC One M9 vs iPhone 6 Plus – Worlds apart
Next Xenoblade Chronicles X Director Reveals More Artists for the Game