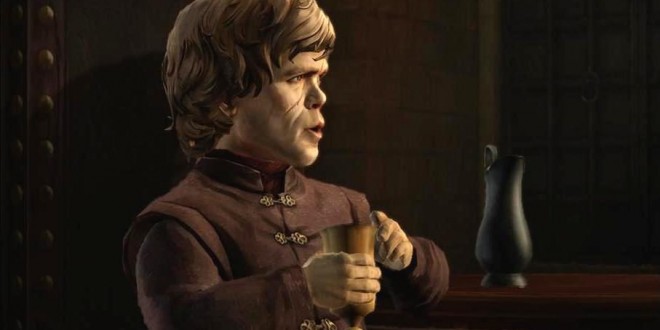 Game of Thrones now available on Amazon and Google Play

Game of Thrones now available on Amazon and Google Play

Game of Thrones is the brand new game from Telltale Games and we’ve been looking forward to seeing it on Android. The wait is now over, since Game of Thrones can now be had either from the Google Play Store or from the Amazon Appstore for $5. We did expect a higher Game of Thrones price, but it seems that one of the most anticipated adventure games of this year will be quite affordable, in my opinion. There are a few catches, though.

If you buy Game of Thrones from the Amazon Appstore, the game will only be compatible with the Amazon Kindle Fire and Fire TV. The game from Amazon is incompatible with Android smartphones and with the Fire TV Stick, too. Telltale’s Game of Thrones was launched about a week earlier for PC and it is already becoming one of the most popular games of the year. The game will be available indefinitely and is compatible with any Android 2.3.3 or higher device, as long as you get the game from the Google Play Store.

Game of Thrones from Telltale is currently at its first episode, and we should see another five being released in the future. Most probably, the next episodes in the series will be available as in-app purchases if you buy the first edition of the game once they are released. The adventure game adaptation of George R.R. Martin’s Game of Thrones series focuses on story and choice and it is similar to the 3D point and click style we’ve been accustomed to by Telltale in its previous games. One of the most remarkable treats of Game of Thrones for Android and PC is the voice acting, done by most of the original cast from the HBO adaptation of the books. You can secure yourself the next Game of Thrones episodes with a season pass that will set you back $20.

My life-long dream has been to test out every gadget on the market! Considering the fact that I've rapidly destroyed almost every gadget I've had so far, I'm not inclined to owning something, so my ideal outcome would be to have a different gadget each month. I'm really into smartphones, wearables and tablets and I love Playstation and Xbox, I'm sure I'll beat you at your own game (after a month of training... or two)
Previous Croixleur Sigma Coming to PS4
Next Samsung Galaxy S6 vs LG G4 – Unending rivalry