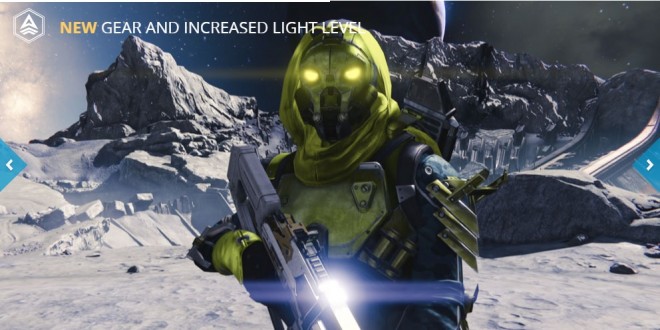 Bungie confirmed that there was a recent purge of Destiny players banned for modded consoles. Bungie reported the news on their site Bungie.net. They refer to the instrument used to carry out bans as the, “Banhammer” and have most recently kicked out Destiny accounts who logged on through a modified console. Bungie advised players to only use the boxes that their “favorite retailer ‘gave’ you.” This comes after the release of The Dark Below, Destiny’s first expansion, which came out December 9. Console mods are a complex way to utilize your consoles technology in new ways, generally ways the producer did not intend. Some are harmless such as converting an N64 or PlayStation 2 into unwieldy handhelds, and some are harmful to the community such as the modded matches of Modern Warfare 1 and 2 on the PlayStation 3 back in early 2011.

After the release of the expansion some players were coming across frequent bugs occurring on the PlayStation 4 system. Those who had upgraded from the trial version on PlayStation 4 were reverted back to a trial version after installing The Dark Below. Bungie worked for fixes on the issue and encouraged victims to check their console’s inbox for messages on how to fix the problem. Another bug for Xbox One users is that the console must re-download a patch each and every time they boot up Destiny on their console. People who have encountered this issue were instructed to use a wired connection to download the patch, clear their cache and then uninstall and reinstall the game. A process that can eat up quite a bit of time seeing as Destiny is a 40GB installation on the Xbox One.

Destiny is the second best-selling title of 2014 through November, being beaten only by big brother Call of Duty Advanced Warfare. However specific numbers still elude us as NPD no longer reports sales figures and instead lists the top selling games of each month with additional notes. The Dark Below expansion is available now for $19.99 and brings some new content to Bungie’s new franchise.