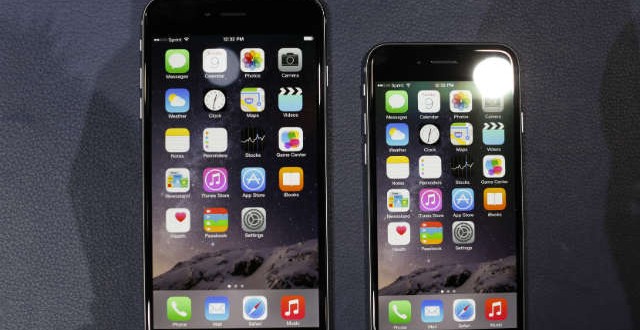 iPhone 6 was the most searched for smartphone this year.

iPhone 6 is the most popular smartphone of 2014 says Google

We’ve all suspected this for a long time, but Google recently confirmed that Apple’s iPhone 6 is indeed the most popular smartphone of 2014. In fact, it surpassed many other gadgets in popularity and ranked number one on two lists that also featured tablets, smartwatches, and other electronic devices. It’s worth mentioning that Google’s figures are based on searches made on their own search engine. However, given that we’re talking about the most popular and widely-used search engine in the world here, we can safely assume that the results accurately reflect what people around the world are interested in. That said, Apple’s iPhone 6 managed to rank first on the most trending consumer electronics list 2014 and in the process surpassed many other popular devices we all know and love.

Coming in closely in second place we have the Samsung Galaxy S5, which was considered by many to be the best smartphone of the year for a while there. The Samsung Galaxy S5 is followed by the Motorola Nexus 6, the Motorola Moto G, the Samsung Galaxy Note 4, and the LG G3. As you can clearly see, the first six positions on the list are occupied by smartphones and only on seventh place do we see another device in the form of Microsoft’s Xbox One gaming console. Rounding up the top 10 list are the Apple Watch, the Nokia X, and the iPad Air. It shouldn’t be too surprising to see that another two Apple devices besides the iPhone 6 are also on the list as the Apple Watch and iPad Air were both highly discussed topics this year.

While the global search list holds little surprises, the United States one is certainly a bit different. The first three spots once again go to the iPhone 6, the Samsung Galaxy S5, and the Nexus 6, respectively. The US specific list then takes quite a different turn as the Apple Watch ranks fourth, Chromecast ranks fifth, the Xbox One is on sixth place, and the Samsung Galaxy Note 4 occupies the seventh position. Rounding up the list are the LG G3 in eight place, the Moto 360 in ninth, and the Surface Pro 3 on tenth. What do you think about these results and the fact that Apple’s iPhone 6 managed to grab number one both in the US and worldwide?

I’m Load The Game’s co-founder and community manager, and whenever I’m not answering questions on social media platforms, I spend my time digging up the latest news and rumors and writing them up. That’s not to say I’m all work and no fun, not at all. If my spare time allows it, I like to engage in some good old fashioned online carnage. If it’s an MMO with swords and lots of PvP, I’m most likely in it. Oh, and if you’re looking to pick a fight in Tekken or Mortal Kombat, I’ll be more than happy to assist! Connect with me by email markjudge (@) loadthegame.com only
@@MarkJudgeLTG
Previous Project Tango development kit being offered up to developers
Next PlayStation Experience Interview – Amplitude