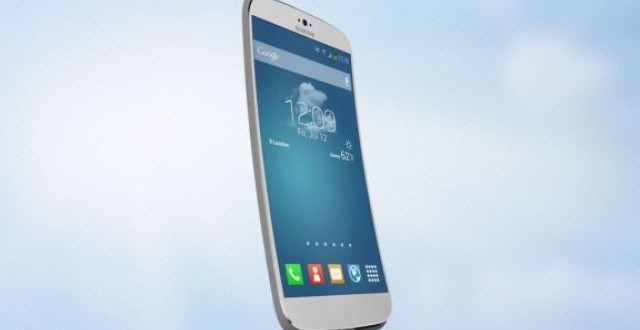 Rumors have become an integral part of discussions about upcoming smartphones, so it should be no surprise that there are already plenty of them regarding the Samsung Galaxy S6 flagship. As always, most of the rumors are in regards to the hardware, although recently it seems like people are talking more about the display and chassis. The latest word on the street is that we should see a metallic body on the device, similar to that of the Samsung Galaxy A7 and its recently launched siblings. This particular rumor doesn’t seem all that far fetched as the Korean tech giant seems to like the idea of building metallic smartphones again judging by their latest releases. Aside from a metallic body, the Samsung Galaxy S6 will also feature a curved display if rumors are to be believed.

I remember hearing an identical rumor regarding the Samsung Galaxy Note 4 a few months before release and it turned out to be only partially true. Samsung released an “Edge” version of the phablet and the display is definitely curved, albeit only on one side. A while back we’ve heard that the Samsung Galaxy S6 will also have an Edge version with a very similar screen. However, the rumor in question talks about something a little bit different as it claims that the display on the smartphone will actually curve on both sides, not just one. The Samsung Galaxy S6 might end up sporting such a display, although it wouldn’t make much sense to call it “Edge” if it did. In any case, make sure to take this with a grain of salt for now.

We’re likely to find out just how real these (and many other) rumors are next month. Various sources have reported these last few weeks that Samsung plans to announce their next flagship a bit sooner this time. Specifically, the company is believed to be preparing an announcement regarding the Samsung Galaxy S6 for CES 2015, which takes place between Januray 6-9.

I’m Load The Game’s co-founder and community manager, and whenever I’m not answering questions on social media platforms, I spend my time digging up the latest news and rumors and writing them up. That’s not to say I’m all work and no fun, not at all. If my spare time allows it, I like to engage in some good old fashioned online carnage. If it’s an MMO with swords and lots of PvP, I’m most likely in it. Oh, and if you’re looking to pick a fight in Tekken or Mortal Kombat, I’ll be more than happy to assist! Connect with me by email markjudge (@) loadthegame.com only
@@MarkJudgeLTG
Previous PS4 sales now at over 16 million, Xbox One at only 9 million
Next World of Warcraft Patch 6.1 Details Released Microsoft Edge – what is it?