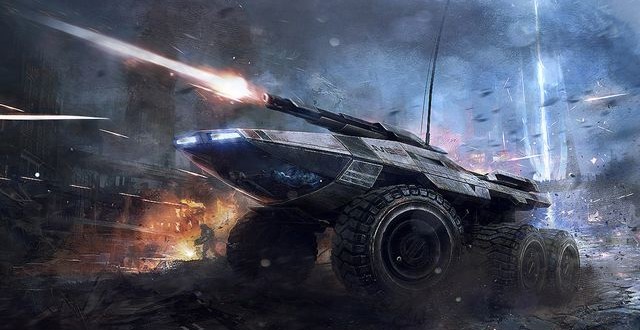 The Mako will play a very important role in Mass Effect 4.

New details about the tentatively named Mass Effect 4 have not exactly been coming at a steady pace, but every once in a while we do get a little tease from Bioware. Recently, game designer Jos Hendriks shared a few more bits of info regarding the Mako and exploration in the game via a series of tweets. As you may or may not already know, the tank-like exploration vehicle from the original game will be making a comeback in the upcoming title complete with various improvements that will make it a lot more fun to use. Seeing as how Bioware already confirmed that exploration will be an important part of Mass Effect 4, it’s only natural that the Mako will be very important as well.

Luckily, it seems like using the iconic vehicle will not be a hassle as this version of the tank will be more nimble than the old one according to Hendriks. However, elsewhere he seems to suggest that the new Mako will still not be as nimble as the M-44 Hammerhead hover tank found in Mass Effect 2. Granted, that would have been difficult to achieve as the M-44 is a hovering vehicle while the Mako is not. In any case, Hendriks also gives us a few hints about what to expect in terms of exploration in Mass Effect 4. “I did some more driving around in the Mako,” he said. “Had to do some thinking and exploring to get to certain structures.” It almost sounds like we’re going to have a more in-depth exploration system in Mass Effect 4, one which doesn’t hold your hand and instead relies on you to figure out the best course of action. That’s definitely an improvement in my book.

And the new Mako is nimbler. In a good way.

In yet another tweet, Hendriks says that “It’s nice trying to read the landscape and figure out where to go.” He then teases us by saying that he “saw a couple more cool things I can’t really detail right now.” A few days ago, the developer also mentioned that space in Mass Effect 4 “sure looks pretty these days.” While these are not exactly the kind of details we were hoping for, they do suggest that Hendriks was playing a build of the game that’s pretty far in development given that it already includes space exploration, as well as planet exploration with the Mako. We’ll make sure to keep you updated once some more substantial new details surface, so stay tuned. Mass Effect 4 is expected to launch sometime in 2016 for PC, PS4, and Xbox One.

It's nice trying to read the landscape and figure out where to go. And then I saw a couple more cool things I can't really detail right now.

I’m Load The Game’s co-founder and community manager, and whenever I’m not answering questions on social media platforms, I spend my time digging up the latest news and rumors and writing them up. That’s not to say I’m all work and no fun, not at all. If my spare time allows it, I like to engage in some good old fashioned online carnage. If it’s an MMO with swords and lots of PvP, I’m most likely in it. Oh, and if you’re looking to pick a fight in Tekken or Mortal Kombat, I’ll be more than happy to assist! Connect with me by email markjudge (@) loadthegame.com only
@@MarkJudgeLTG
Previous Crackle might be the one to release The Interview for free
Next Sense 6.0 and Android 5.0 Lollipop make a great team on the HTC One M8

Today’s standout on Greenlight is a game that I actually had my eye on late ...