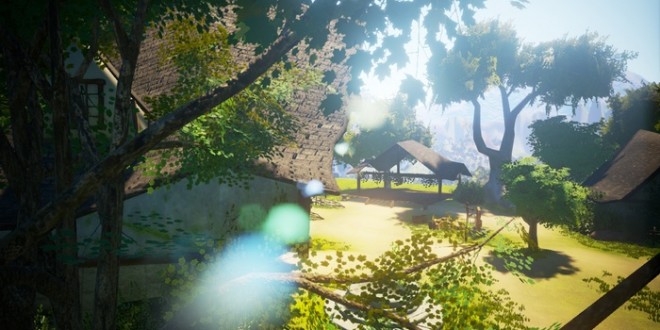 Today’s standout on Greenlight is a game that I actually had my eye on late last night. Ambit, a 3rd person action game that has a strict focus on story which drives the gameplay is a game that is being developed by Zebik Media. Zebik Media is an extremely new addition to the indie community, as they have just gotten into game development after some time in the music/audio industry. While I can definitely admit what I saw in the teaser and the gameplay video did not impress me whatsoever, as I felt the gameplay video especially did a really terrible job of showcasing any actual gameplay. It seemed to be eight minutes of character movement, and I was expecting more combat or NPC interaction showcased in multiple environments from the game. However, understanding that this game is in early development leads me past those criticisms and drives me to look more into Ambit to find out what gameplay features are contained within what seems like a very beautiful and interesting world that has been created.

Ambit features a setting that has been described by Zebik Media as something that you would recognize from a storybook. The game begins as your grandfather gets in touch with you in order to help him evacuate a powerful and ancient civilization. In the process of assisting him, you will awaken a dark force that threatens to endanger all that you know and love. I will also say that for a story-driven game, the three sentence description of the main story seems uninspired and I was really expecting something a bit more entertaining and well-written. While I understand that the developers may be trying to avoid spoilers, I definitely feel like a bit more of an enticing piece of story could be shared on their Greenlight page to draw in more interest in their game. If they’d like to prevent early-story spoilers, some back story that describes a bit of the world or your character would be nice, just to get a taste of what we can expect from the writing in Ambit. 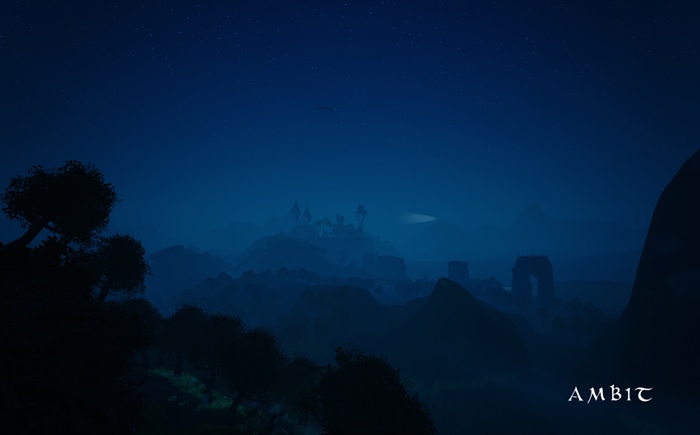 In terms of its gameplay mechanics, we can expect Ambit to feature a fair amount of survival, combat, and puzzle-solving. There will not only be physical puzzles that challenge the player’s motor skills, but also puzzles that test your memory, knowledge, and problem-solving skills. In Ambit, you will be able to upgrade your characters skills as the game progresses and you search for your missing grandfather. The survival mechanics feature some interesting ideas such as the ability to set up camp, add updates to your map, and create potions through the use of alchemy. I’m a big sucker for collecting ingredients and creating potions, so a good alchemy system is welcome any time. Your character will feature both a bow and a sword which will allow combat versatility as well as tools that can assist you in exploring the world.

One thing that some people may find disappointing, but is a feature I really approve of is the idea of Ambit’s semi-open world. Arranging unconnected, open levels is the best way of giving the player a sense of freedom without providing too much area to fill that will inevitably get filled with pointless and filler content. Open worlds in games are often an overrated feature, in my opinion, and the idea of levels that allow you to choose how you approach objectives is where I have seen the finest bit of level design in recent games. Since Ambit is a game that is looking to tell a story, I definitely agree with the decision not to go with an open world, as this would have had the player drifting off on separate tasks instead of focusing on the main point of the game which is its story.

While Ambit sounds and looks like an interesting experience, I’d like to see a bit more in terms of gameplay and get a bit more information about what kind of storyline we can be expecting. However, the features that are listed on Greenlight for the game definitely hint to the idea that Ambit will be an in-depth experience featuring crafting, an upgrade system, and interactivity with the world that they have created. Also, since Zebik Media have a background in audio, I expect an extremely high level of quality from their sounds and music, and I’m interested to see what they are able to do in this regard. If Ambit sounds like a game you’d be interested in, take a look at their Greenlight page, where you should consider leaving a vote and some constructive feedback. Also, if you’re behind the idea, have a look at the Kickstarter and leave a contribution to help support development costs.

I enjoy playing pretty much any type of game out there. My passion lies in finding the gems of the indie gaming world. When I'm not playing games, I'm programming them, at the gym, or tending to my small army of cats. Writing has always been a part of my life and I'm grateful for the opportunity to get my content out there for people to see.
@spf0227
Previous Valve Allows Modders to Charge for their Creations
Next 3 Games That Create Engaging Open Worlds