Breaking News
Home » Tech » Xperia Z4 vs Xperia Z3: what we have and what we can expect 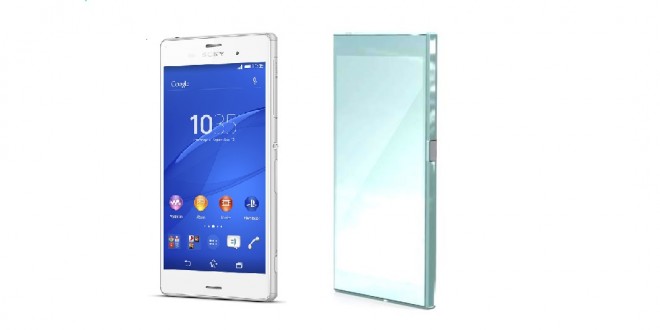 Xperia Z4 vs Xperia Z3: would you want to upgrade?

Xperia Z4 vs Xperia Z3: what we have and what we can expect

The Sony Xperia Z4 is just around the corner, according to recent rumors saying that it will show up at CES 2015. The Xperia Z3 and Z3 Compact on the other hand were first announced and demoed at IFA Berlin 2014 and while not many were impressed by the vaguely repetitive design of the handset, equally many people are intrigued by its great specs, battery life and waterproof certification. The Xperia Z4 should come as an upgraded version of its predecessor and we’ll try to see how they will differ from one another.

The Xperia Z4 release date was leaked in a Sony hack-involved email discussing product placement in the new James Bond movie entitled Spectre. From the emails, we found out that the device should be unveiled between May and November 2015, close to the release date of Spectre. While we usually trust official sources like Sony executives (from whom the emails came from), in this case, we are a bit skeptical as to why the company would delay the release of a device after stating that they would still continue with the 6 month release cycle planned at IFA Berlin. The obvious answer to that would be that the placement execs were discussing in their private emails (it’s weird how we now have access to that, sorry Sony) was referring to a different Xperia handset. But there’s contradiction there, since in the emails, the device is entitled “Sony Xperia 4th Generation” which cannot mean anything but the Xperia Z4. We are still hoping to see the device in January, though, let’s keep our fingers crossed until further news arises on the matter.

Having the release date issues now out of the way, we can talk rumors. Rumors, because the Xperia Z4 isn’t even completely officially confirmed by the company, so all the specs and features we have come from leaks and inside information. That means that this comparison is more of a general presentation of what kind of improvements the company would and could make to the Xperia Z3 in order to make it a more popular device. Popularity is key for Sony at the moment, since their smartphone line is dwindling compared to other OEMs and they need to act to change that. Although the Xperia Z3 was received pretty well, people were jonesing more for the Xperia Z3 Compact. As a conclusion to this brief intro, treat all the information about the Xperia Z4 with skepticism and take these rumors with a grain of salt.

First off, let’s get the Xperia Z3 out of the way so that we can talk about more juicy stuff, like its successor. The Xperia Z3 is a pretty amazing device, with a pretty good design if you think about it. Although many of you might be put off by the fingerprint-magnet shatter proof glass that is present all over on the device, you have to admit that it kind of looks neat and fun, and feels high-tech in the hand. The handset is pretty solid, but it’s more of a brick than a smooth smartphone, with rough edges around the corners that might seem bothersome to some of you. I know I am not particularly a fan of the design, but my beef lies with other things. I enjoy hard plastic on the back of my phone, preferably grainy and rough, definitely not glossy. Which the Xperia Z3 is.

The Xperia Z3 comes with a 5.2 inch IPS LCD display with a 1080*1920 resolution adding up to 424 ppi pixel density, which makes for a pretty bright, sharp and overall great display in my opinion. Although viewing angles aren’t awesome on this handset, outdoor visibility is above average unless you’ve direct sunlight shining on the glossy phone which will obliterate your hopes of texting on the beach. A snapdragon 810 CPU is running the show, backed by 3 GB RAM and either 16 or 32 GB internal storage expandable via microSD. The handset boasts a neat 20.7 MP rear camera with an LED flash and a 2.2 MP front camera not so ideal for selfies. NFC, Bluetooth 4.0, LTE, Wi-Fi, stereo speakers and fast battery charging are also part of the package. The whole gadget is powered by a beefy 3100 mAH battery which actually lasts for two days straight with mixed use.

As you can see, the Xperia Z3 is no joke and the IP68 certification only makes this phone ideal for those with active lifestyles who would maybe want to shoot some photos or videos underwater or in the shower, who knows. Overall, this phone is pretty high-end so a hefty price tag won’t surprise anyone at the moment. You can get the Xperia Z3 for around $600 unlocked, which is actually not that much considering the fact that there are other phones out there like the iPhone 6, iPhone 6 Plus, Galaxy S5, LG G3 that are more expensive yet lack some of the features of the Sony flagship. That doesn’t mean those flagships aren’t worth their money, it just means that the Xperia Z3 has great bang for buck.

Finally, we need to get OS out of the way. The Sony flagship comes with Android 4.4.4 KitKat out of the box, which is pretty neat as the OS runs smoothly and is very efficient. Nonetheless, there should be an Android 5.0 Lollipop update for the Xperia Z3 soon enough. Rumors say we should see an OTA being rolled out at the start of 2015, according to Sony executives. That means that the Xperia Z2 and Z3 are first in line to receive the Android 5.0 Lollipop update and we might even see 5.0.1 rolling out instead. Although we don’t have an exact release date for the OTA, we’re pretty confident that the rollout will start until February 2015. Let us know if you’ve heard differently.

Moving on to our star of the show, the Xperia Z4, let me say the device looks promising from the leaked concept images taken from the previously mentioned Sony emails. That concept image coupled with tons of rumors and leaks about specs make for an exquisite device fit for a spy. (Spectre, much?) While we don’t know a lot about the Xperia Z4, we are sure it’s going to be a pretty big upgrade since Sony plans to give up the 6 month release cycle after the device is launched, hoping it would break the smartphone market, so to speak. Considering the Xperia Z3 and its awesome spec sheet, we are certainly expecting something innovative from the company next year.

Most rumors say that the Sony Xperia Z4 display might not change, but just as many say that we might be seeing a 5.5 inch display, if not larger. My beef is that recent leaks suggest a QHD panel. Why would that be a problem, you ask? Well, because we don’t really have a lot of apps and games actually taking advantage of such a high resolution. Oh and QHD eats battery for breakfast, lunch, dinner and as a midnight snack. I don’t know about you guys, but I would certainly be content with a Full HD display like the one on its predecessor and a massive powerful battery that can hold up 4 days. If I think about it, many iPhone 6 and 6 Plus owners also voiced this opinion regarding the phone’s thinness. Fact is, users nowadays are getting annoyed by the short battery life smartphones have on average and would rather sacrifice features for a bigger battery than have to charge their phones each day.

When it comes to specs, we’re fairly sure that the Xperia Z4 will boast the brand new 64 bit Snapdragon 810 CPU, although rumors about manufacturing issues over at Qualcomm might jeopardize the already uncertain release date of the phone. The Qualcomm issues could do the same to other upcoming flagships like the Galaxy S6, HTC One M9 Hima and LG G4, which should sport the same CPU. Nonetheless, the new 64 bit CPU coupled with Android 5.0 Lollipop should make for a powerful Xperia Z4 that is also future-proof at the same time. Seeing a Snapdragon 805 on the Xperia Z4 would be just as satisfactory, though, since it still is an upgrade over its predecessor and would still be a great device.

The RAM should be upgraded, too, rumors being confident that the Xperia Z4 will have 4 GB RAM available. As for internal storage, we’ll probably have a 32 and 64 GB versions up for sale, with a microSD card slot included. Android 5.0 Lollipop should be included in the Xperia Z4 package, otherwise this phone would end up being a flop. Since it has an early 2015 release date (sort of), it would be a disappointment to see it roll without Lollipop. We can correlate the information we have on the Xperia Z3 Android 5.0 Lollipop update and say that if Sony indeed releases it at the beginning of January 2015, we might be seeing it on a new device at CES 2015, too.

When it comes to design, the concept images leaked in emails don’t tell us much, but they don’t look as glossy and edgy as the Z3, so we might be looking at a new design. Nonetheless, the Xperia Z4 should definitely include IP certification or it wouldn’t be a true Xperia device, as well as fast battery charging. We are expecting to see a bigger battery, regardless of screen size and hardware, because I feel that Sony can up that battery life easily and they should do just that to grab the hearts of many smartphone lovers out there. While we don’t think Sony will up the MP count on the rear camera, we can expect to see optical image stabilization and an upgraded 5 MP camera on the front to deal with selfie-lovers.

Even though we are expecting Sony to show off the Xperia Z4 at CES 2015, id that doesn’t happen, we will surely see the new flagship at MWC 2015. While the Spectre-related leak suggests a much later release date, we are keeping our hopes up . The Xperia Z4 should be the savior of Sony’s smartphone line in the United States, where smartphone sales haven’t been a shining example of success lately. Compared to the Xperia Z3, the Xperia Z4 doesn’t bring a whole lot of novelty to the tablet, so we do expect a similar $600 price tag on the device. While the changes aren’t huge, they are worthwhile and will make a difference in the end product and user experience. Until we hear more official word about Sony’s flagship for 2014, keep calm and hope for the best.

My life-long dream has been to test out every gadget on the market! Considering the fact that I've rapidly destroyed almost every gadget I've had so far, I'm not inclined to owning something, so my ideal outcome would be to have a different gadget each month. I'm really into smartphones, wearables and tablets and I love Playstation and Xbox, I'm sure I'll beat you at your own game (after a month of training... or two)
Previous QWERTY-less mid-range Blackberry smartphone reportedly in the works
Next Theatrhythm Final Fantasy Receives US DLC