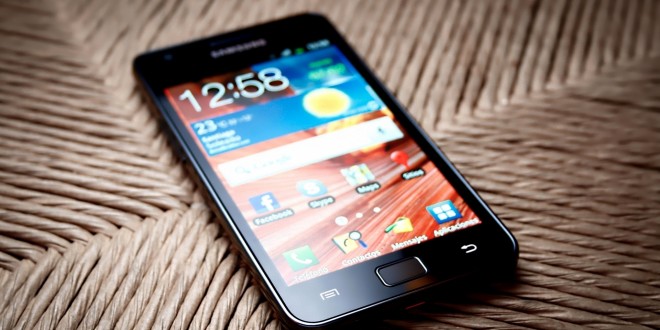 The Galaxy E5 is yet another Galaxy Alpha-inspired handset that we have seen in recent leaks and a new Russian listing is confirming some of the specs we had seen previously. The Galaxy E5 will supposedly be a similar, affordable priced smartphone to the newly announced Galaxy A5. Even though we don’t find out much about pricing or release date, we at least have a few specs to go on. Samsung should be releasing quite a few new smartphones next year, even though the company promised a cut-back on models.

The Galaxy E5 specs include a 5 inch 1080*1920 display, an 8 MP rear camera 2 MP front camera. LTE, dual-SIM capabilities and even a waterproof certification, although that seems a bit unlikely. We also learned that the phone should have 16 GB internal storage available with a microSD card slot in case that’s not enough, but we’ve no knowledge of RAM count or processor configuration. We do know, however, that the Galaxy E5 will have a quad core CPU clocked at 1.9 GHz and it is listed with Android 4.1, which seems impossible. The presence of Android 4.1 and the waterproof certification in the Russian listing tells us that we might be better off not trusting the source, since these specs are far-fetched, to say the least. The listing also mentions a 2600 mAH battery and a modest plastic design.

In the leak we also caught a glimpse of the Galaxy J1, an entry-level smartphone from Samsung. According to the listing, the Galaxy J1 will feature a 4.3 inch WVGA display, a Spreadtrum SC6815 CPU, 1 GB RAM and 4 GB internal storage. The camera setup will be neat on the device, as the listing says it will have a 5 MP shooter on both the front and rear of the device. Just like the Galaxy E5, the J1 will sport 4G LTE and dual-SIM capabilities.  Since these are pretty unreliable specs and sources, take the news with a grain of salt, as we might see the devices pop up elsewhere soon. Until then, we will settle for these mid-range and low-end specs and hope for a very low pricing on the handsets.

My life-long dream has been to test out every gadget on the market! Considering the fact that I've rapidly destroyed almost every gadget I've had so far, I'm not inclined to owning something, so my ideal outcome would be to have a different gadget each month. I'm really into smartphones, wearables and tablets and I love Playstation and Xbox, I'm sure I'll beat you at your own game (after a month of training... or two)
Previous Galaxy A7 and Galaxy Grand Max pop up in the wild
Next HTC One M7 can benefit from Android 5.0.2 Lollipop through LiquidSmooth ROM