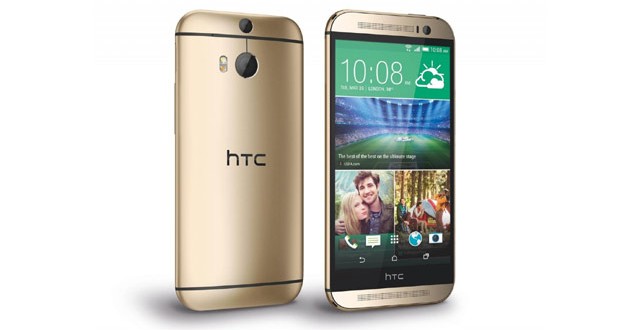 HTC One M8 vs HTC One M7 battery life comparison

Remember the good old times when the battery on your phone used to last for several days before you needed to reach for the charger? Well, those days are long gone and instead our smartphones now have a variety of nifty features and apps for us to play with. Needless to say, all these new additions have taken their toll on battery life, although the technology does seem to be improving with each new generation of smartphones. As an example, we’re going to be looking a bit at the HTC One M7 and its successor, the HTC One M8, in an attempt to figure out if the battery improvements have been substantial from one model to the next.

At first glance, we’re only looking at a small bump when it comes to the battery, specifically from 2,300 mAh on the HTC One M7 to 2,600 mAh on the HTC One M8. On a closer inspection however, there are a few noticeable differences between the two. First off, the newer flagship comes with a big advantage right from the get-go thanks to its processor. While the actual battery didn’t get a whole lot bigger from one iteration to the other, the Qualcomm Snapdragon 801 processor on the HTC One M8 is much more power-efficient than its predecessor’s Snapdragon 600 CPU. This upgrade is particularly important as it allows the device to run all manner of apps thrown at it without any problems and also causes less drain on the battery.

When the HTC One M8 was announced, the Taiwanese manufacturer claimed that its battery will be able to last about 40% longer than that of the HTC One M7. That claim proved not to be exaggerated at all as proved by a variety of tests. On average, the M7’s battery should last for about 13-14 hours of mixed use on a full charge, although it can last more if you’re using 3G rather than 2G. By comparison, the HTC One M8 can go up to 20 hours or more of mixed use. Results may vary depending on a number of factors, but all in all, HTC’s current flagship will always provide you with some more hours of usage before needing to reach for the charger.

In addition, the device also comes with a couple of features specifically designed to help battery life. One of the features goes by the name of Fast Battery Charging and it’s exactly what it sounds like. You can go from nothing to full charge in less than an hour thanks to this feature. It’s worth mentioning that the technology has advanced a bit since the HTC One M8 was released and now you can find smartphones capable of accomplishing that feat in just a matter of minutes. Still, compared to the HTC One M7, the current flagship’s battery does charge a lot more faster. In addition, the HTC One M8 also features a very impressive Extreme Power Saving Mode, which is again pretty self-explanatory. This mode gives you plenty of hours of usage even when the battery sits at 10% or less, but you’ll be limited to only making calls, writing texts, and reading emails.

All in all, the battery life on the HTC One M8 can be considered a substantial improvement over that of its predecessor’s. However, it’s worth noting that neither device comes equipped with a removable battery, which is truly a shame. Perhaps on the next iteration. Speaking of, the HTC One M9, also known as HTC Hima, should be just around the corner. We’re very curious to see if HTC is continuing to make improvements to the battery life or if they’re focusing more on some other aspects this time around. What do you think?

I’m Load The Game’s co-founder and community manager, and whenever I’m not answering questions on social media platforms, I spend my time digging up the latest news and rumors and writing them up. That’s not to say I’m all work and no fun, not at all. If my spare time allows it, I like to engage in some good old fashioned online carnage. If it’s an MMO with swords and lots of PvP, I’m most likely in it. Oh, and if you’re looking to pick a fight in Tekken or Mortal Kombat, I’ll be more than happy to assist! Connect with me by email markjudge (@) loadthegame.com only
@@MarkJudgeLTG
Previous Gold-plated iPhone 6 will soon be available for purchase
Next First Sons of Anarchy The Prospect Teaser