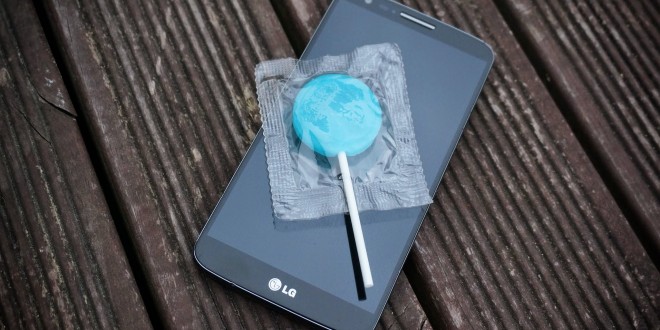 The LG G2 is one of the best flagships of yesteryear, and the South Korean company promised that an OTA containing Android 5.0 Lollipop should be rolling out for the handset soon. Our best estimate for the official rollout would be February, since the LG G3 rollout hasn’t completed yet. If you are not the patient type, an LG G2 Android update to Lollipop can be had courtesy of XDA Developers, but it does come with a few drawbacks.

The LG G2 Android update courtesy of Cyanogen and XDA Developers is an Alpha ROM that will bring the Lollipop treatment within CyanogenMod 12 to your device. A diligent developer by the name of Rashed97 was nice enough to create a build for an LG G2 Android update by using CyanogenMod 12 and Android 5.0 AOSP, which you can download alongside all the necessary tools and Google apps from their thread.

If you can’t wait for an LG G2 Android update to Lollipop or as close as possible and are not worried about bricking your phone or losing your warranty, you’ve a great shot with the build released by Rashed97. You will have to be an experienced smartphone user and tinkerer in order to install the LG G2 update by yourself, so proceed with caution or ask for help. If you’ve nobody in your vicinity with knowledge about rooting, flashing and such, you would be better off waiting for the official Android 5.0 Lollipop OTA to be released to the LG G2.

Before proceeding, make sure you have one of these model numbers in your possession: D800, D801, D802, LS980, VS980, otherwise the ROM will not work for you. At the same time, make sure to backup your data and charge your phone before installing the LG G2 Android update, as your device will have to be rooted. Rooting will void your warranty, don’t forget, so you won’t be able to take it to your store and have it fixed or replaced for no cost in case you brick it.

What you need to know about this LG G2 Android update: since it is an Alpha ROM, and unofficial Android 5.0/CyanogenMod 12 build, some features will not work. For example, video recording, CM features, Data/Mobile network on LS/VS980 models will report roaming incorrectly and GPS won’t work for some people. Still, main functions like the Camera, WiFi, RIL, NFC (except on model number LS980), notification lights, display, all sensors, Google apps, Project Volta enhancements, most audio, airplane mode and tethering will work, so you can give it a go. If you don’t like it, you can always install a stable and official update later on.

You can get all the necessary apps, information, tools and instructions from Rashed97 and co. on the XDA Developers forum so that you can have a smooth LG G2 Android update installation process. If you haven’t understood half of this article, you probably shouldn’t get the ROM and wait for an official build to roll out later on in the year. Good luck and enjoy Lollipop on the LG G2.

My life-long dream has been to test out every gadget on the market! Considering the fact that I've rapidly destroyed almost every gadget I've had so far, I'm not inclined to owning something, so my ideal outcome would be to have a different gadget each month. I'm really into smartphones, wearables and tablets and I love Playstation and Xbox, I'm sure I'll beat you at your own game (after a month of training... or two)
Previous iPhone 6 overheat in iOS 8.1: possible fixes
Next Lenovo Yoga 2 8 review: an affordable, versatile slate

The LG G3 should be getting Android 5.0 Lollipop this week, as LG announced that ...