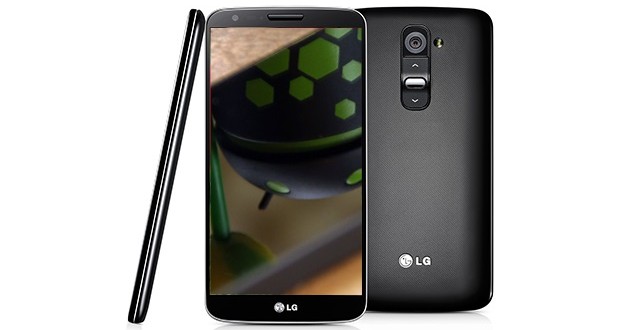 The LG G2 is next in line for Android 5.0 Lollipop

The LG G3 should be getting Android 5.0 Lollipop this week, as LG announced that it is “coming soon” but what about the LG G2? The LG G2 Android 5.0 Lollipop update started rolling out a week ago in Asian markets, which means that a U.S. rollout of the OTA isn’t far behind. As LG is confident that users will be content with the timeline they choose to roll the update out, we are sure to see the LG G2 getting the update soon enough.

The LG G2 is an older flagship from 2013, the predecessor of the LG G3. Many were overly impressed with the QHD display and benefits of the LG G3, but there are millions out there who are using the LG G2 and are proud of it. Those in South Korea, for example, should be very glad having Android 5.0 Lollipop on their devices, and a soak test has reportedly begun in other regions as well. In case you need a reminder, the LG G2 comes with a 5.2 inch display with a 1080*1920 resolution, Snapdragon 800 CPU 2 GB RAM, 16 or 32 GB expandable internal storage, a 13 MP camera complete with optical image stabilization, a 2.1 MP front camera and a massive 3000 mAh battery unit.

The U.S. seems to be a bit behind on the Android 5.0 Lollipop update schedule, as users of the HTC One M8, Samsung Galaxy S5 and LG G3 are still waiting for the update. We can’t say for sure why U.S. carriers are slow to roll the Lollipop treatment out to their customers, but people are getting anxious. The LG G2 and LG G3 should both receive the update soon, but the latter will probably be first, after which the former. Since LG has started vocalizing the update rollout, we suspect that the builds have been approved by carriers and they’re ready to start the U.S. rollout. The LG G2 should not be far behind, we suspect that by the time March ends, the global rollout for the device will have been completed. Nonetheless, take this with a grain of salt.

My life-long dream has been to test out every gadget on the market! Considering the fact that I've rapidly destroyed almost every gadget I've had so far, I'm not inclined to owning something, so my ideal outcome would be to have a different gadget each month. I'm really into smartphones, wearables and tablets and I love Playstation and Xbox, I'm sure I'll beat you at your own game (after a month of training... or two)
Previous BlackBerry Passport coming to AT&T soon
Next Top 5 new iOS 8 games – January 2015