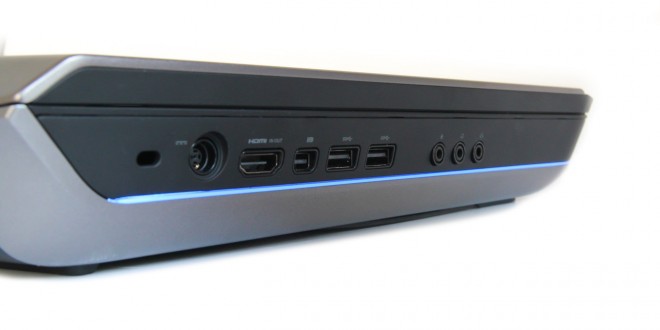 Some of the top gaming laptops are compared

Laptops have become a legit way to game alongside the standard gaming PC. They give gamers portability, and allow them to play where they will. Despite being laptops, the machines on this list can go head-to-head with a desktop rig, and give gamers the power they need to play their favorite titles. Here, I will look at three top-of-the-line machines, and compare them to each other.

The first laptop is the Alienware 18. All that can be said is that this machine is a beast. The Alienware 18 is sporting a 2.8GHz Intel Core i7-4900MQ CPU, with 32GB of RAM and a 512GB SSD. The machine has a 18.4 inch, glossy 1920 x 1080 display. It is also packing dual Nvidia GTX 780M GPUs, each with 4GB of DDR5 memory. The Alienware 18 will be able to handle anything you throw at it. This power, however, comes with a price. When purchasing the laptop with this configuration, it will run you over $4,000, and is the most expensive computer on this list. You can purchase the laptop with less intimidating specs, but most gamers will want this beast at its most powerful. The Alienware 18 is also quite heavy, weighing in at 12.2 lbs., or 15.4 lbs. with the power brick. This laptop will also want to stay plugged in, as this amount of power does a number on the machine’s battery life. Thus, the Alienware 18 is the most powerful laptop here, but it will cost gamers a price.

The next laptop is the MSI GT70 2PC Dominator. While not as powerful as the Alienware 18, this laptop can hold its own. The Dominator comes packed with a 2.7 GHz Intel Core i7-4800MQ CPU, 16GBs of RAM, and a 128GB SSD for performance, as well as a 1TB hard drive for storage. While weaker, the Dominator does gain some trade-offs when compared to the Alienware 18. It is not only half the price, it is also much lighter at 8.3 pounds. The battery life is also much better as well. This laptop is loaded with an Nvidia GeForce GTX 870M. Plus, the machine looks great. It features several colors of backlighting for the keyboard, and has a smooth feel in the keys. It also features a beautiful display and great sound to help immerse gamers in whatever they are playing. Overall, the Dominator is a great machine at a decent price. It is not the monster that the Alienware 18 is, but it is a great choice for a cheaper price tag.

The final laptop is the ASUS G751JY. The ASUS lies right in the middle between the Dominator and Alienware 18. The ASUS comes in with a 2.5 GHz Intel Core i7-4710HQ processor, 24GBs of RAM, and a 256GB SSD, along with a 1TB hard drive. It also comes with a Nvidia GeForce GTX 980M GPU. The ASUS laptop looks great as well, with a curvy look and rounded edges. The ASUS is slightly heavier than the Dominator, but is a little bit more powerful graphics wise. The battery life is also just slightly outdoes the Dominator, and is much better than the Alienware 18. While slightly better overall, the ASUS is outdone by the Dominator in one aspect: sound. The Dominator has a better sound system installed, which can be important to some gamers. Overall, the ASUS is a good middle ground between the Alienware and Dominator. All three are great laptops, but in the end it really comes down to how much one is willing to pay for a gaming laptop.

I’m Load The Game’s co-founder and community manager, and whenever I’m not answering questions on social media platforms, I spend my time digging up the latest news and rumors and writing them up. That’s not to say I’m all work and no fun, not at all. If my spare time allows it, I like to engage in some good old fashioned online carnage. If it’s an MMO with swords and lots of PvP, I’m most likely in it. Oh, and if you’re looking to pick a fight in Tekken or Mortal Kombat, I’ll be more than happy to assist! Connect with me by email markjudge (@) loadthegame.com only
@@MarkJudgeLTG
Previous World of Warcraft patch 6.1 brings Twitter integration, upgradable Heirlooms, Veteran Edition accounts
Next Headsets worth investing in: Turtle Beach Ear Force X12, Razer Kraken Pro, Astro A50