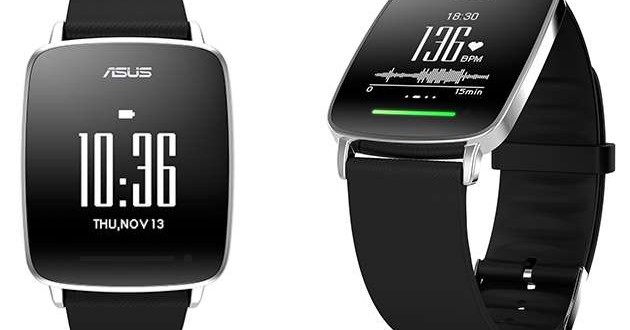 The Asus VivoWatch gets 10 days of battery life

Aren’t you sick of hearing so much about the Apple Watch and the fact that it already has about a million pre-orders? Aren’t you tired of hearing about the Apple Watch Edition, a $17.000 accessory which can’t even do the things your phone can, lasts just a day and doesn’t even work properly? If you are, you should know that there’s a new player in town: the Asus VivoWatch and it’s already looking like a better option if you like rectangular watch faces. No deal for circle fans, though. You can check out the promo video for the Asus VivoWatch on their official website.

The Asus VivoWatch is the new smart watch from the company that gave us the affordable, yet feature-packed Android Wear running Asus ZenWatch, which got surprisingly positive reviews all around. The Asus VivoWatch will supposedly boast with a 10 day battery life, without compromising on features, which sounds pretty appealing to many smart watch and wearable fans out there. The problem with any smart watch right now, including the Apple Watch, is the short battery life. For instance, the Apple Watch will take you through the day and that’s it. You’re going to have to charge it overnight. That’s a bummer in case you’re stranded on the road.

The Asus VivoWatch will get all the features that you can find in current smart watches, such as heart rate monitoring, IP67 waterproof and dustproof certification, sleep tracking, fitness tracking, pedometer, accelerometer and all that jazz. The interesting part about the Asus VivoWatch is that it will most likely get an E-ink display, which would explain the extended battery life. Asus hasn’t revealed much about the Asus VivoWatch, but we’re expecting the wearable price to be lower than what’s standard right now. Since the Asus ZenWatch is about $180 right now, the Asus VivoWatch price should lie between the $100 and $150 mark.

If the Apple Watch sounds gimmicky and way too expensive, the Asus VivoWatch will be unveiled officially tomorrow at the Milan Design Week, where the company will come clean about features, specs, pricing and design elements. We’re genuinely curious about this smart watch, as launching it right after the Apple Watch preorders were given the go says a lot about what kind of strategy this company is eyeing. If the Asus VivoWatch is priced right, it might just become a hit as Asus is climbing the popularity ladder with an admirable speed lately. Anyone interested?

My life-long dream has been to test out every gadget on the market! Considering the fact that I've rapidly destroyed almost every gadget I've had so far, I'm not inclined to owning something, so my ideal outcome would be to have a different gadget each month. I'm really into smartphones, wearables and tablets and I love Playstation and Xbox, I'm sure I'll beat you at your own game (after a month of training... or two)
Previous Microsoft Surface Pro 4 release date bound for April
Next Garmin takes on GoPro with new action cameras