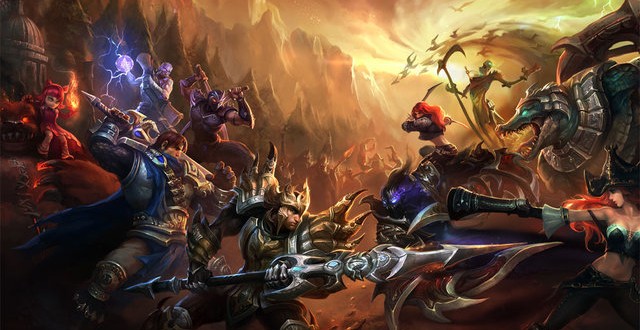 League of Legends now features a very interesting new game mode called Nemesis Draft Mode. Ever wished you could choose the opposing team’s champions? If so, you’re in luck because this mode allows you to do just that. Nemesis Draft is only available on the Public Beta Environment at the moment, but expect it to go live on all servers as soon as Riot does the necessary bug fixing. There are a few things worth noting in regards to this new mode, the first of which is that the opposing team also chooses the champions for your own team, which is only fair. Next off, each team will be able to ban a total of three champions from the whole League of Legends roster.

Also, Nemesis Draft Mode only works on the Summoner’s Rift, so all matches will be standard 5v5 games. Each player may only choose one champion for the opposing team and this champion must be one that you, or someone else from your team, already owns. What’s interesting here is that a player can end up playing a champion that they don’t actually own. While not its main purpose, Nemesis Draft Mode can potentially allow to test out some of the more expensive League of Legends champions that you couldn’t afford to get, albeit you will be able to test out the said champion only for that particular game. Finally, there is some flexibility when choosing what you play as you don’t necessarily have to stick with a champion that an opponent chooses for you. After all the champions have been locked in, there is a free trading period in which you and your allies must decide who plays who from the five champs selected by the opposing team.

The Nemesis Draft Mode brings an interesting new twist to League of Legends and can potentially lead to some very fun, or very awkward games. It goes without saying that each team will try to gain the upper hand straight from the drafting phase by giving their opponents more difficult champions to play. Make sure you choose wisely.

I’m Load The Game’s co-founder and community manager, and whenever I’m not answering questions on social media platforms, I spend my time digging up the latest news and rumors and writing them up. That’s not to say I’m all work and no fun, not at all. If my spare time allows it, I like to engage in some good old fashioned online carnage. If it’s an MMO with swords and lots of PvP, I’m most likely in it. Oh, and if you’re looking to pick a fight in Tekken or Mortal Kombat, I’ll be more than happy to assist! Connect with me by email markjudge (@) loadthegame.com only
@@MarkJudgeLTG
Previous MapQuest for iOS update brings enhanced navigation
Next Nexus 5 overheating: causes and solutions