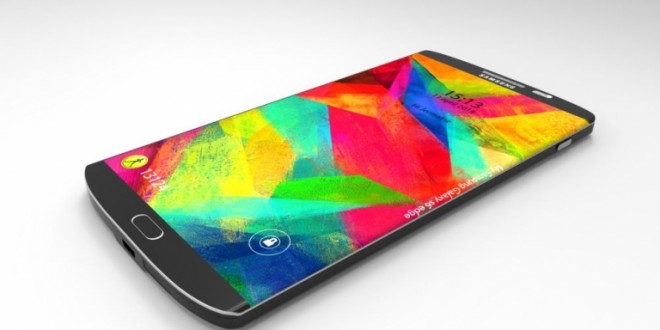 The Samsung Galaxy S6 is shaping up to be one of the most ambitious overhauls for the smartphone manufacturer. The Galaxy S6 shake ups aren’t just purely cosmetic either. According to information streaming in from a variety of leaks, it looks like the S6 will get a fresh new chassis, a performance boost under the hood and of course, improvements to the Samsung Android overlay, TouchWiz. With so much to keep up with even before the Galaxy S6’s release, here’s a breakdown of the six newest features that will snag your attention:

Lightning Quick Chipsets: Depending on your region, your Galaxy S6 could come equipped with either Samsung’s Exynos 7 Octa or the Qualcomm Snapdragon 810 chipsets. It’s rumored that there will be 3GB of RAM backing those powerhouses or 4GB or RAM in the Galaxy S6 Edge variant. But that’s not all; it appears that the S6 will come with Cat. 9 LTE modems which means that you can get unreal downlink speeds in the palm of your hand. It also seems like the phone will handle the tri-band carrier aggregation at 10MHz + 10MHz + 20MHz.

That Personal Touch: If you’re among those that feels swiping to unlock your phone is so three years ago, you’ll be pleased to learn that Samsung has decided to outfit the S6 with a fingerprint sensor. This also means a larger home button so that you can actually use the biometric scanner. The internet rumor mill also points to the fact that there could be expanded functionality down the road for the fingerprint sensor, but that for now, its functionality will be limited to unlocking and user identification.

Metal Mayhem: According to their recent releases, Samsung seem to be metal heads which means that users can expect that the Galaxy S6 will also come with a more premium feel in the shape of a metal and glass chassis. In fact, it appears that the S6 will be more metal than Samsung’s other smartphone offerings such as the A-series or the Note 4. While the Bothans who died to bring us this information could tell us to expect more metal, they didn’t elaborate as to whether or not this means that the S6 will have an aluminum unibody chassis.

OIS or Oh I See: There have already been rumors of the impressive camera that could be featured on the newest Samsung phone, it looks like it will also be able to better handle the hardware as well. It looks like Samsung will be keeping up with the Joneses by offering Optical Image Stabilization (or OIS for those less techy) for either the 16MP or 20MP cameras.

The Edge of Reason: If you dig curves, then you may want to keep an eye out for the Galaxy S6 Edge. It is rumored that the S6 Edge will come with a more subtle side sloping edge (here’s looking at you Note Edge) so that you can hang on to the phone better. Ned Flanders will also be pleased because Samsung had lefties and righties in mind when it included the ability to turn off the left or right side. But don’t wait too long! It could be that Samsung Galaxy S6 Edge will be a limited run to test the market, so you’ll have to be quick to grab yours.

Ban the Bloat: For a sleek new phone, you would hope that the OS is just as streamlined. It looks like Samsung had the same thoughts as well. For their Android overlay, TouchWiz, Samsung trimmed the fat and cut down on the number of unnecessary and laggy features that were included.

I’m Load The Game’s co-founder and community manager, and whenever I’m not answering questions on social media platforms, I spend my time digging up the latest news and rumors and writing them up. That’s not to say I’m all work and no fun, not at all. If my spare time allows it, I like to engage in some good old fashioned online carnage. If it’s an MMO with swords and lots of PvP, I’m most likely in it. Oh, and if you’re looking to pick a fight in Tekken or Mortal Kombat, I’ll be more than happy to assist! Connect with me by email markjudge (@) loadthegame.com only
@@MarkJudgeLTG
Previous Samsung Galaxy S5 vs Samsung Galaxy Alpha – Conservative vs Bold
Next Oppo launched the U3, a Nexus 6 competitor