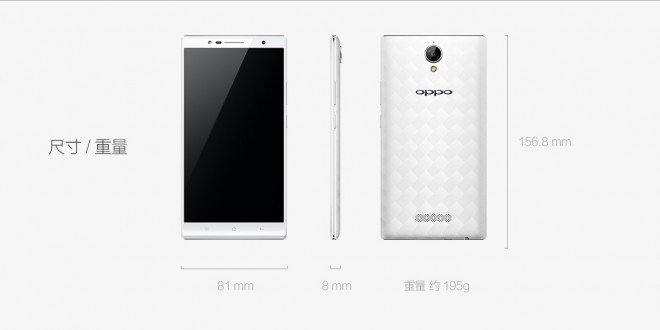 The Oppo U3 wants to take on the Nexus 6

Oppo launched the U3, a Nexus 6 competitor

Oppo has launched the Oppo U3, a phablet that is intended to compete against the Motorola Nexus 6 and even the iPhone 6 Plus in China. We’ve already heard about the sapphire-glass Oppo R1C, a premium phone with an affordable price tag of $450. If you are a phablet-fan, though, the Chinese company has thought about your needs too and created the U3 as a response. While the handset doesn’t have the sapphire glass finish or the affordable price tag (yet), it does come with neat specs and a beautiful design.

If Xiaomi is the Apple of China, Oppo is shaping up to be the Samsung of China, seeing as they are continuously releasing phones with various special elements in their design of in their hardware. One good thing about the releases is that they generally come with lower price tags and decent specs, which is not specific to Samsung nowadays. Samsung is working on various smartphones, like the Galaxy A and Galaxy E line and has the Galaxy S6 prepped for MWC (supposedly), but none of them offer the bang for buck Oppo or Xiaomi phones do, being just a bit overpriced for what they can provide.

The Oppo U3 is a swell phone with a massive display and excellent screen to body ratio. You get a 5.9 inch display with a decent 1920*1080 resolution which occupies about 75 % of the phone’s front, which makes the large phablet just a bit easier to maneuver than the Nexus 6 or even the iPhone 6 Plus. Its measurements are 156.8 x 81 x 8 mm, which make it pretty slim and easy to use. Oppo came up with similar one-handed modes as Apple did with the 6 Plus, but it seems the implementation of the software features has been done a bit better than on Apple’s flagship. Instead of pulling the whole display down like you would on the 6 Plus, the Oppo U3 allows you to pull it closer to your fingers, reaching the corners of the all sides. It’s a neat implementation that seems like a better solution.

The Chinese company makes a tradition out of enhancing their flagships with capable cameras, and the U3 doesn’t disappoint in this respect. You get a 5 MP wide-angle lens on the front, equipped with an LED flash, while the rear sensor is a 13 MP Sony IMX214 one which can take photos of up to 50 MP, equipped with an LED flash and capable of slow-mo video recording and a useful night mode.

Even though the Oppo U3 wants to compete against the Nexus 6 and iPhone 6 Plus, its specs might not be as high end as those on the more famous flagships. It comes with a 64 bit Mediatek MT6752 octa core CPU, backed by 2 GB RAM and 16 GB internal storage expandable via microSD card. All of these features are powered by a 3,000 mAh battery unit and Android 4.4.4 KitKat (no word on Lollipop as of yet), with Color OS 2.0.1 on top. The must-have features you see on most new flagships are all there: 4G LTE, dual SIM, Bluetooth 4.0, fast charging and a hifi audio chip for high quality audio playback. 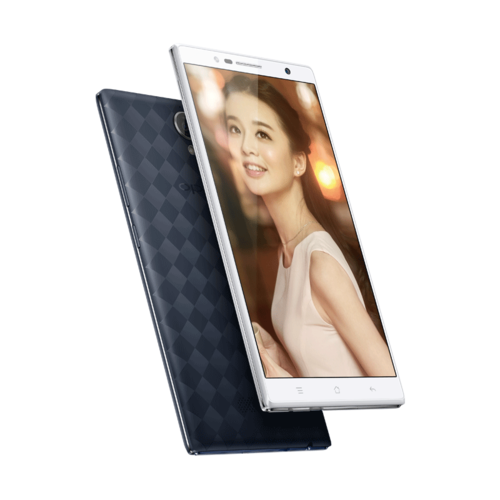 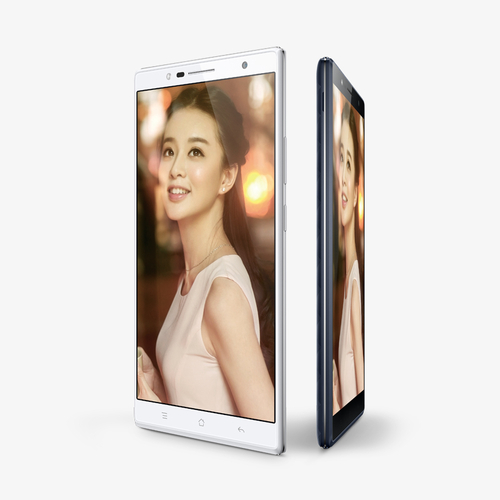 Overall, the Oppo U3 seems like a pretty nice phablet that would line-up nicely next to other releases as well as international flagships that have made waves in China. We don’t have pricing information as of yet, but if the sapphire-screen R1C is $450, we don’t expect the U3 to cross that line. As soon as we find out how much this phablet will cost on the Chinese market, we’ll let you know. In the meantime, sound off in the comments below and tell us what you think about the Oppo U3.

My life-long dream has been to test out every gadget on the market! Considering the fact that I've rapidly destroyed almost every gadget I've had so far, I'm not inclined to owning something, so my ideal outcome would be to have a different gadget each month. I'm really into smartphones, wearables and tablets and I love Playstation and Xbox, I'm sure I'll beat you at your own game (after a month of training... or two)
Previous Samsung Galaxy S6: Six New Details You Need to Know
Next Samsung Galaxy S6 rumored not to feature IP67 certification

Galaxy Note 5 vs HTC Hima Ace Plus: how will future phablets look like?

Oppo U3: optical zoom and a super-slim body

The Samsung Galaxy S6 flagship smartphone is already in the works and will be ready ...