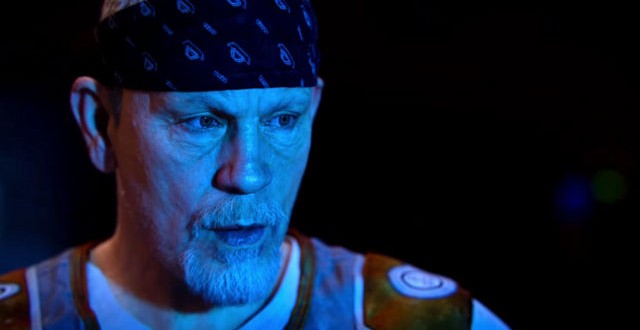 As if Kevin Spacey wasn’t enough, Call of Duty: Advanced Warfare will soon include four more Hollywood actors in the form of John Malkovich, Bill Paxton, Jon Bernthal, and Rose McGowan. If this was a movie, I’d immediately go see it based on the cast alone. But that’s not even the best part, as the four actors will be playable characters in the upcoming Havoc DLC that also happens to feature the Exo Zombies game mode. Zombies have been a staple in CoD games for the longest time, but Call of Duty Advanced Warfare really takes it to the next level.

Killing zombies while being part of a team composed of John Malkovich, Bill Paxton, Jon Bernthal, and Rose McGowan is already pretty badass, but remember that the action takes place in the future where everything comes with upgrades. This includes not only yourself, but the mindless undead as well. The zombies in Call of Duty Advanced Warfare will be wearing exosuits, which will make them both faster and more difficult to take down. Your team will of course come equipped with all sorts of crazy futuristic weaponry and gadgets so the zombies would better watch out as well. It’s worth mentioning that similar to Kevin Spacey, the four new actors in Call of Duty Advanced Warfare will also look strikingly similar to their real selves, which needless to say, only adds even more to the overall experience.

The Havoc DLC along with the Exo Zombies mode will arrive next week on January 27th. Those who own Call of Duty Advanced Warfare on the Xbox One or Xbox 360 will have the chance to play it first, with the PS4, PS3, and PC versions to arrive shortly after. In the meantime, make sure you check out the newly released gameplay trailer which showcases both the new actors and the exo zombies.

I’m Load The Game’s co-founder and community manager, and whenever I’m not answering questions on social media platforms, I spend my time digging up the latest news and rumors and writing them up. That’s not to say I’m all work and no fun, not at all. If my spare time allows it, I like to engage in some good old fashioned online carnage. If it’s an MMO with swords and lots of PvP, I’m most likely in it. Oh, and if you’re looking to pick a fight in Tekken or Mortal Kombat, I’ll be more than happy to assist! Connect with me by email markjudge (@) loadthegame.com only
@@MarkJudgeLTG
Previous Microsoft wants to AutoCharge your phones with solar energy
Next Xperia Z4 rumor round-up: QHD or FHD?