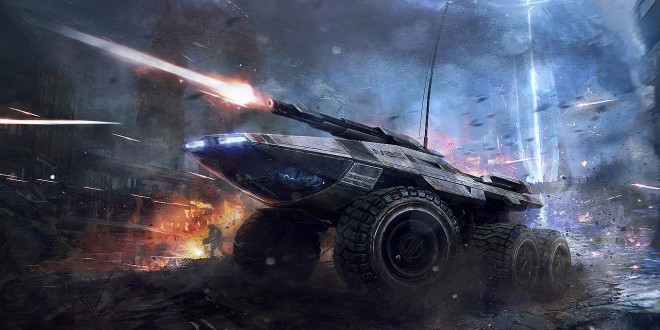 Lay down the pitchforks. While the title says a lot, let’s be frank, not many of us were realistically expecting Bioware’s upcoming Mass Effect 4 to be released this year. In fact, we know it’s not actually going to be called Mass Effect 4, yet Bioware hasn’t revealed the official title yet. So can we expect an untitled game to launch this year? Highly unlikely, although we’re going to find out what it’s called this summer (cough – E3 – cough), that’s certain. According to well-known NeoGAF and Twitter leakster Shinobi602 (who has a pretty reliable trackrecord of providing valid rumors and information), Bioware’s sequel to the Shepard saga will come out in 2016’s second quarter.

Shinobi602 recently took to NeoGAF to provide some insight into Bioware’s highly-anticipated game, explaining that while the game is deep in development, not even the developer itself knows an exact release window as of yet. He explained that while the development team has recently expanded greatly and the game is being worked on seriously, its vastness (it’s going to be bigger than Dragon Age: Inquisition in almost all regards, especially game-world) means there’s a lot of work to be done still. “There were about 50 or so devs on the game around when DAI shipped, that’s since quadrupled in number.” he explained. So, while we’re talking about a huge, approximately 200-large development team, we’re still about 18 months away from the game actually releasing, which sounds reasonable and coincides with other internal rumors.

That being said, Bioware isn’t likely to postpone its game too much. EA is a publisher that isn’t extremely flexible when it comes to release dates, so the renown RPG-developer will certainly have to pick up the pace. Let’s hope we won’t have the same publisher-pressure rushed launches as we’ve seen in Dragon Age 2’s case. Despite uncertainty in regards to an exact release date for Mass Effect 4, or whatever it’s going to be called, Shinobi claimed that the game is surely coming out in 2016: “100% coming out next year”. Is the wait bearable? Barely, and only with the hopes that the long wait will ensure its overall quality. After all, we want it to be more like Mass Effect 2 and less like Mass Effect 3.

Old-school gamer with a cheeky tongue that gets me in trouble. When I'm not playing games, I'm writing about them, preferably in the vicinity of a fridge! Oh, and if you're a Justin Bieber fan, I'm afraid we can't be friends!
Previous Own an iPhone 5S and want an upgrade? Wait for the iPhone 6S or iPhone 7
Next Use a modular smartphone to make a computer