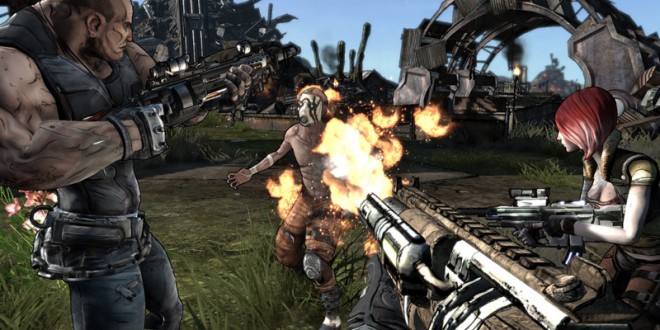 Borderlands multiplayer is back online for the PS3

The original Borderlands game can now be played again on the Playstation 3, the last console lacking multiplayer support for the title. The game, which relied on GameSpy service for its multiplayer component, became unplayable after the service was shut down in May 2014. Gearbox said they have been working on a way to restore multiplayer for PS3 users ever since the shutdown and that they are happy to announce that players will be able to play again soon, as the service should be up worldwide between today and tomorrow, based on the region players are connecting from.

When launching Borderlands on your console, you will be prompted with an update that enables the new matchmaking system. The update also includes other features such as a new friends ranking system which allows you to sort your friend-list based on who is playing Borderlands, who is online, and the standard alphabetical order as well as a few game fixes.  The “And They’ll Tell Two Friends” achievement, which was obtainable by playing a co-op match with a Gearbox employee or someone who had the achievement has been restored and will now grant correctly. Furthermore, Gearbox has re-worked the voice chat system for the game, resulting in improved quality for it. Gearbox also added that in case your saves were stored on the PS3 cloud instead of the console’s hard drive some settings such as brightness might need to be reset.

This announcement follows an early one from September 15 2014, when 2K decided the PC version of Borderlands, originally working through GameSpy as well, would have used Steamworks technology to continue providing multiplayer functionality. This latest update bring Borderlands multiplayer back on all original platforms. Xbox 360 users were never affected by the GameSpy Shutdown, since the console utilizes Xbox Live in order to provide multiplayer services and both PS3 and PC gamers can now connect to the matchmaking system once again.

Alessandro is a languages and literature student and gaming enthusiast. Long hair and a bushy beard, he spends most of his time on romantic dates with fascinating old tomes. In his free time, he follows and comments the gaming community while playing games. You can follow him on twitter to see what he's up to.
Previous Galaxy Note Edge Android 5.0.1 Lollipop now available for download
Next MineCon 2015 Details Announced